Samsung reported a record-breaking profit in Q2 2017. It registered KRW61 trillion or about $54.7 billion revenue. The operating profit stood at KRW14.07 trillion ($12.6 billion), which is a staggering 72% increase year-over-year.

The expectations are Q3 numbers to be even bigger because of OLED panels shipments to Apple for the new iPhone.

Chip business was the top earner among Samsung’s businesses for Q2 2017 with $7.2 billion operating profits(KRW8 trillion) out of KRW17.58 trillion revenue, or about $15.7 billion. The number will keep growing in the July-September period because of the continued strong demand for DRAM and NAND chipsets.

The IT & Mobile Communications (IM) division of Samsung accounted for half the consolidated revenue - KRW30 trillion. The company stated that the Galaxy S8 and the Galaxy S8+ had outsold the Galaxy S7 series in almost all regions. Apparently, people like the new Infinity Display and the iris recognition. Interestingly enough, the Galaxy S8+ accounted for more than half of the sales of the duo. 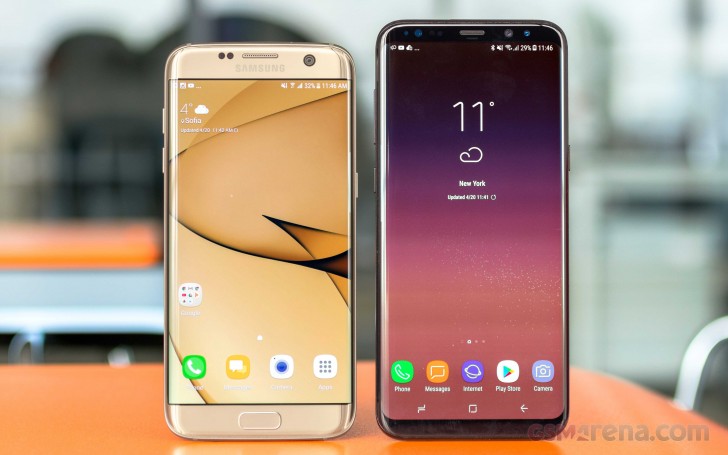 Despite the strong performance of the flagships, the mid-range and low-end devices decreased in shipments, so the total number of shipped phones remained at a similar level QoQ. Samsung has an answer to this trend, though. The new Galaxy J series was launched in July globally so things are expected to pick up.

The annual profit of Samsung will also be higher than ever, according to analysts. The company expects “favorable semiconductor conditions to continue” in the third quarter.

With the increasing demand for more sophisticated devices, data servers, cloud platforms and Internet of Things devices, the number of required chips keeps growing. That has brought a supply shortage which led to hiking up prices and thus widening Samsung profit margins.

although I don't like you being paid to mock Samsung flagships as being laggy, when they are the worlds best handsets. Its good to know with Samsung being so far ahead of crapple in every way, that crappo are now forced to ditch the massive ugly low ...

Even though I don't like Samsung mobile division for their unoptimized and laggy phones including flagships, still I congratulate Samsung company as a whole for a profit rise. People in here should put in their minds that this is Samsung compan...

There is something Samsung in your phone.