The Samsung Galaxy A50 was one of the best midrangers of the past year and even though Samsung released two successors with the A50s and A51, it hasn’t forgotten it. It just started seeding a new firmware update for the phone, which brings improved camera experience, better Wi-Fi stability and the Smart Capture feature found throughout the brand's lineup. 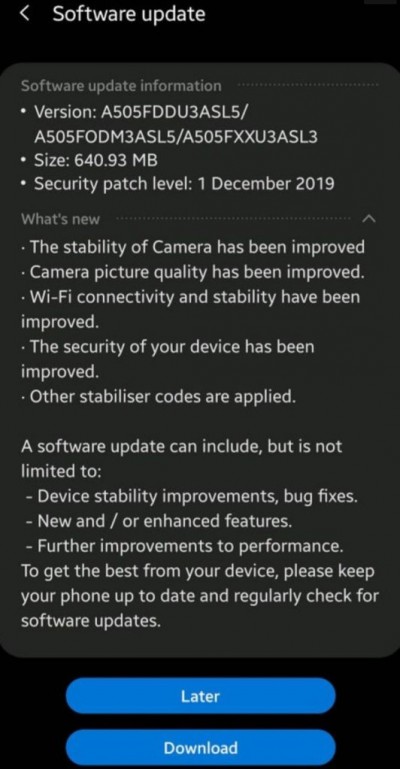 Currently, the update is live in India and weighs in at just over 640MB and bears the A505FDDU3ASL5 build number. It also brings the December security patch. The changelog highlights the improved camera stability and picture quality as well as the Smart Capture feature which allows users to snap longer screenshots, annotate and share directly from the gallery app. The improved Wi-Fi connectivity is another added boost. 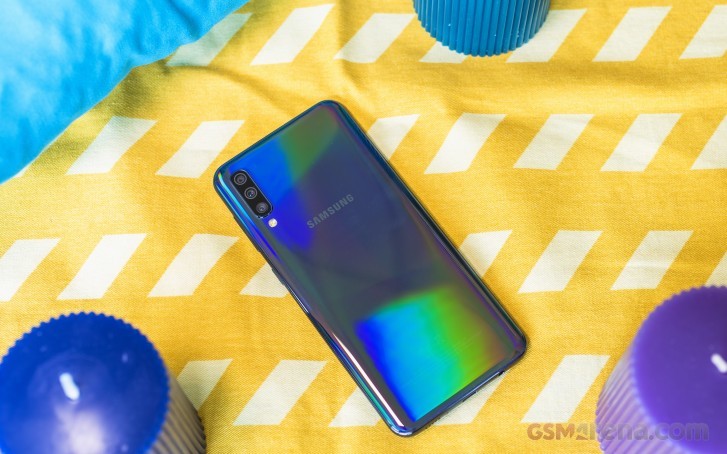 Looking forward, the One UI 2.0 update with Android 10 for the A50 is scheduled for April but given Samsung’s approach to pushing these updates ahead of schedule, we could just see it arrive a tad sooner than expected.

I just got it in Bulgaria, hope it improves the camera a lot since it is horible

Worst phone to buy... fingerprint bug in firmware update and it has not been corrected

I just got an update patch in December, greetings from Indonesia