The update to Android 5.0 Lollipop for the Galaxy Tab S 10.5 has been out for a while now, for both the Wi-Fi-only and LTE-capable iterations of that tablet. So it's only natural that Samsung starts pushing the new software to the smaller member of its premium tablet line, the Galaxy Tab S 8.4.

After all, both it and the 10.5-inch model were unveiled and launched at the same time. Unfortunately for now the update is confined to the Wi-Fi-only version of the Tab S 8.4. 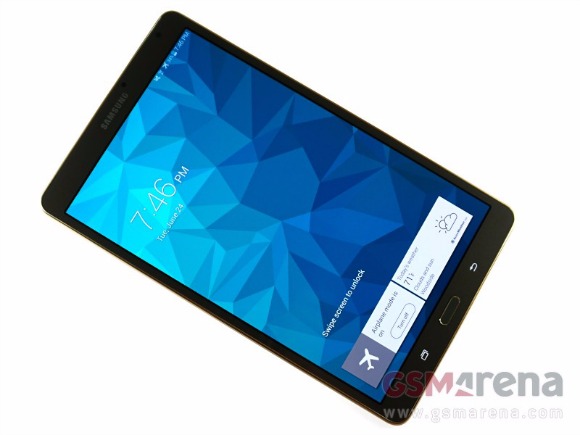 The first country to get Lollipop for this device is, unsurprisingly, Samsung's native South Korea. Over there the update should already be rolling out over-the-air, while also being available to download and install by using Kies, Samsung's desktop PC software.

If you're in Korea, after you apply the update you'll be running Android 5.0.2 Lollipop and build T700KXU1BOD4.

Now that the cat's out of the bag, let's hope the Lollipop release will quickly make it to Galaxy Tab S 8.4 units sold in other countries, as well as to its LTE-enabled variant.

My Note 3 got an OTA Lollipop update a month ago. Maybe your carrier.