Yesterday we saw Samsung expand the availability of the first Android 10 beta for the Galaxy S10 series to India, France and Poland and now the company has begun seeding its second release. Users in South Korea (version G97*NKSU3ZSJF), the US (G97*USQU2ZSJF) and Germany (G97*FXXU3ZSJF) are the first in line for this update. 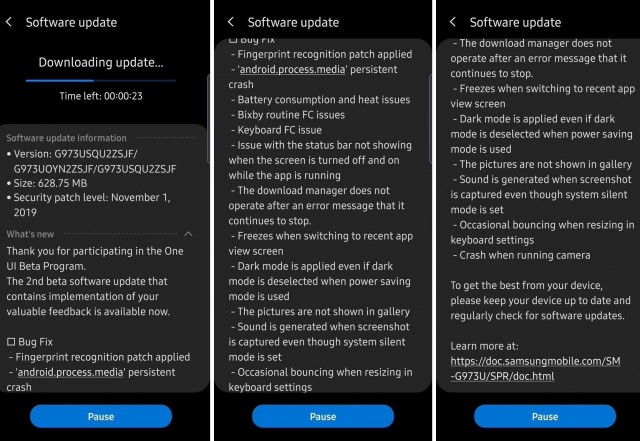 The patch comes in at just over 600MB and brings a fix for the notorious fingerprint issue on the S10 and S10+. Other notable additions include improved battery management as well as several bug fixes for the camera, Bixby routines, gallery and download manager. Samsung has also tackled freezes and crashes across the interface.

As usual, those who’ve registered for beta testing via the Samsung Members app will begin receiving the new firmware as an over the air update. It’s recommended that you perform a backup before updating to the latest beta.

What about Saudi Arabia?.