Samsung has released its newest entry level smartphone named Galaxy Star Pro in the Indian market but it appears someone forgot to make an official announcement of it.

Samsung Galaxy Star Pro is an Android smartphone for beginners, which comes with an affordable price tag. The hardware specifications of the device are not very exciting with the star upfront being a 4-inch display of 480 x 800 pixel resolution. 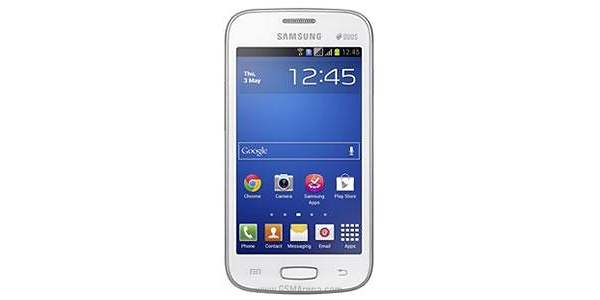 The Dual-SIM Galaxy Star Pro is powered by a 1 GHz Cortex A5 processor along with 512 MB of RAM and features a 2 megapixel rear camera, 4 GB of internal memory with the ability to expand via microSD card slot.

Samsung's affordable offering supports Bluetooth and Wi-Fi, but lacks 3G connectivity. The device runs on Android 4.1 Jelly Bean and the juice for it is provided by a 1,500mAh battery, which according to the company lasts for about 15 hours on call or up to 370 hours of standby time.

Thanks, manju, for sending this in!

quiet a fanboy you are..