Today Samsung's Galaxy Note10 and Note10+ have officially become available in over 70 countries, and to celebrate this momentous occasion the company has released a new app. We're not kidding - it's called 3D Scanner and its outing is timed to coincide with the launch of the Galaxy Note10+. That's because the app makes use of that model's 3D ToF camera on the back in order to let you scan and create 3D models of real-world objects. Since the Galaxy S10 5G and the Galaxy A80 also have ToF cameras, they should support the app as well. The 3D Scanner app is now up for grabs in Samsung's Galaxy Store, and you can get it for yourself by clicking this link on your phone (or just searching for its name in the store). After you install it, you can access it directly as any other app, or through Bixby Vision if you want - open the camera app, tap Bixby Vision, then switch to the apps panel and you'll see it. 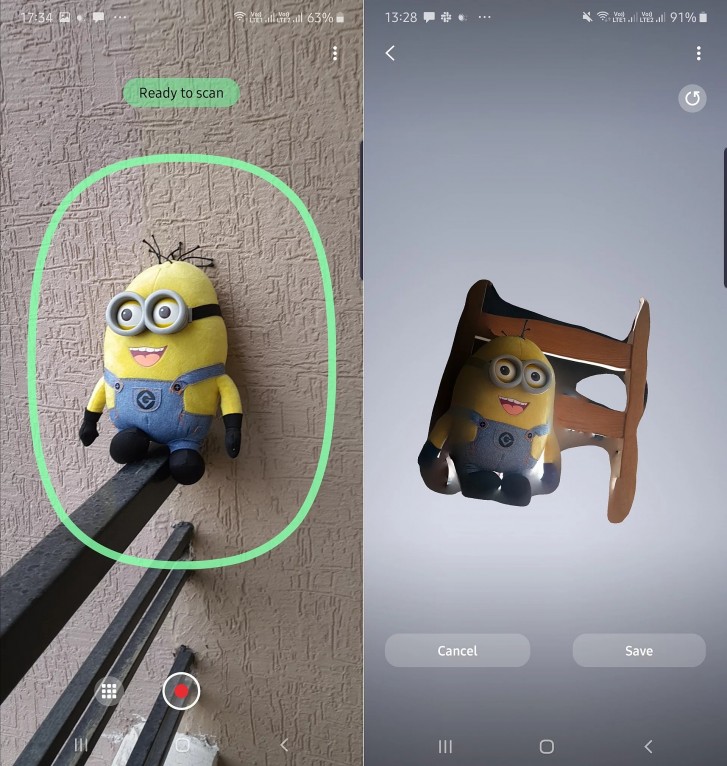 In order to create a 3D model of a real-world object with the app, you need to scan it from all directions, and make sure that there's nothing else around said object when you do. Otherwise, that will also end up as part of your scan. Samsung recommends you use this tool with objects sized between 20 to 80 cmc. Once you have your 3D model, you can make a GIF out of it to directly share it with others, or add the model to photos and videos you captured with the phone's camera.

3D Scanner app is not working on Samsung A80 sadly... I have contacted samsungs developers by email, and they confirmed that they have no plan to make it work in the future on A80 sadly...

the working principle is the same and is defined as tof. the working range is not relevant. do not confound with the analysis the optical characteristics of a laser generated grid, which is truly a 2d.

Works great on my P30 Pro!! Thank you Samsung.