Last week the Android 4.0.1 custom ROM for the Galaxy S II leaked and those eager to try it could get it up and running on their devices. Now we got the second version of that ROM, which is said to be a major step forward. 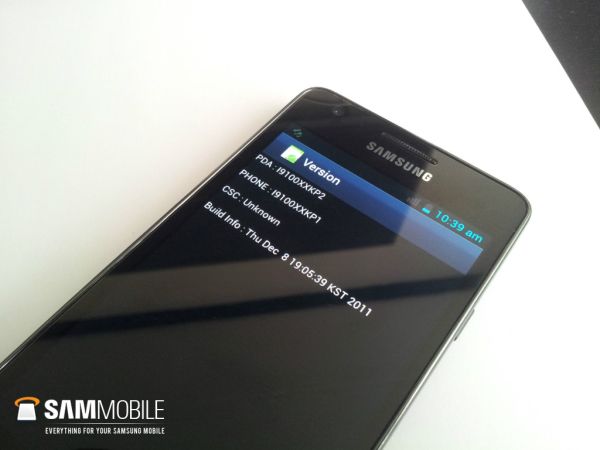 It is still version 4.0.1 and not the latest 4.0.3, but that is to be expected as the latest ICS build was just released and the leaked ROM was created on December 8.

According to SamMobile.com this the second Galaxy S II ICS ROM is notably faster, but still has some bugs in it. It has the TouchWiz skin on top of the stop UI, but that was to be expected.

To download the custom ROM (assuming you know what you're doing), click on the source link below.

Hi, ive had my Galaxy S2 for 3 months now. It is truly the most amazing phone yet and definitely the iphone killer. I have installed and played many HD games and i accept that it does heat up at the top back side while playing HD games, but other tha...

Thanks a lot for the advice man! I haven't yet tried playing any games on my phones nor used any apps yet since I just bought it yesterday and I still have no time to download anything at the android market so I haven't experienced any heating issues...

I am user of gs2 for five months now. From my experience while using I haven’t had any heating problems. But wile playing games or whatever that uses more power it gets worm. I would recommend not use any live wallpaper as it can be the cause for you...