Samsung has released the latest Jelly Bean update for the Galaxy S II I9100G, which is based off the TI-OMAP 4430 chipset rather than the Exynos that the standard Galaxy S II runs on.

The new update to Jelly Bean brings with it all of the recent TouchWiz enhancements, including Nature UX, Pop-up Play, expanded notifications, Project Butter enhancements, and others. 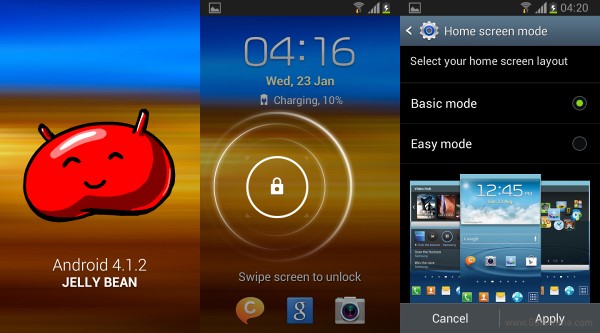 The official firmware build I9100GXXLSR is set to be available OTA in several regions now, although you may have to get it through in some Samsung Kies. Global availability should come in a few weeks, so keep an eye on your notification area.

Heck.. upgraded via OTA. Phone's not booting up. Stuck at splash screen. Tried resetting/wiping. No luck

Received today update for my samsung galaxy sii gt i9100g and i am updating the same throught my mobil.