Samsung S8500 Wave all set for a Bada 1.2 update early next year

Bada OS is barely a year old and it has already hit version 1.2. The latest version was available on newer phones but the original Samsung S8500 Wave will be getting it too starting early next year in Europe.

Version 1.2 of Bada brought important security improvements and bug fixes, along with some UI changes and the T9 Trace input method (a Swype competitor). The Bada SDK 1.2 came out earlier this month and added better graphic support for devs to play with plus things to make their life easier. 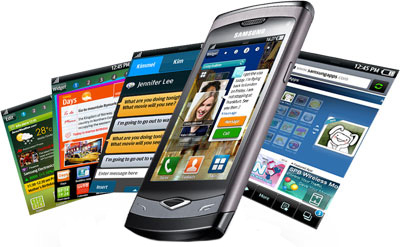 Samsung is almost done with preparing the v1.2 update for the original Samsung S8500 Wave and it will release it in early next year for unlocked European units. The rest of the S8500 Wave phones will get the update sometime in the first quarter of next year (the exact time depends on country and operator).

Details on Bada 2.0 showed up recently but there was teasingly little detail on the upgrade path. The Samsung S8500 Wave getting updated to Bada 1.2 is a good start but it's still not clear whether it will see the next major version of the OS it helped launch (here's hoping).

Fail #Samsung on BADA 2.0 for the Americas Countries...

This version ruined 5.1 sound. It´s write: off effects, but this choise isn´t in effects mode.

This version ruined 5.1 sound. It´s write: off effects, but this choise isn´t in effects mode.