Samsung says 64GB Galaxy S III is a go, but only for some regions

After UK retailer Expansys started cancelling orders for the 64GB variety of the Galaxy S III, we feared that Samsung may have given up on the device. Apparently, that's not the case, as today a company's spokesperson has stepped in to clarify the situation. 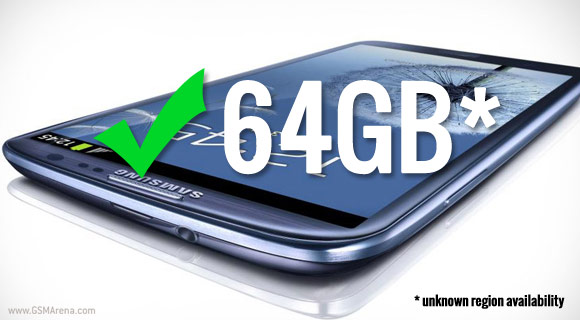 Here's what he told Android Central about the Galaxy S III 64GB model being cancelled by retailers in Europe:

"The 64GB model of the GALAXY S III will be available during the second half of this year. The market availability and timing may vary and will be determined at the time of release."

So, Galaxy S III fans who've been waiting for the 64GB model should breathe a sigh of relief, even though the wait isn't over. After all, if you absolutely must have 128GB of storage (with a 64GB microSD card), waiting a couple of extra months shouldn't be that hard.

Unfortunately, Samsung hasn't disclosed the market availability and which regions will enjoy the most expensive version of its flagship smartphone.

Some of us listen to FLAC audio. Storage is a must.

I think they should first fix their casing problems and stop bitching about apple doing stuff. I remember their campaign about iphone 4 missing signal bars, i think apple should make fun of their cracked cases now, just for the fun of it. ;) But w...