Samsung shares pricing and availability details for the Galaxy Book

At MWC in February, Samsung also announced the Galaxy Book Windows 10 2-in-1 alongside the Android-powered Galaxy Tab S3. The Galaxy Book is basically Samsung's answer to Microsoft's Surface Pro line.

Today, following quite a wait, the Korean company is finally ready to share details about the Book's availability and pricing. 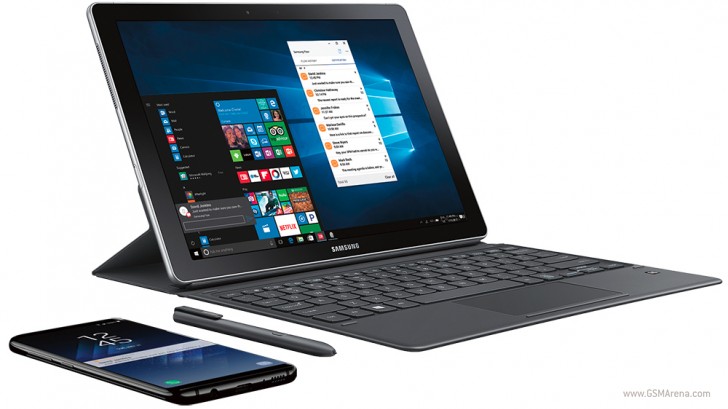 The Wi-Fi-only version of the 12-inch Galaxy Book is priced at $1,129.99. This will also go up for pre-order in a couple of days and has the same May 21 release date as its smaller sibling.

If you want LTE connectivity built into your Galaxy Book, only a variant of the 12-inch model will give you that. This SKU becomes available at Verizon on April 21 for $1,299.99.

The huge pricing gap between the 10.6-inch Galaxy Book and the 12-inch versions is explained by the differing specs. The smaller device is lower-end, sporting an Intel Core m3 processor, 4GB of RAM, and a 30.4Wh battery. It's also got a plain TFT touchscreen, whereas the 12-inch Book features a higher-res Super AMOLED panel, Core i5 processor, and up to 8GB of RAM and 256GB of storage along with a 39.04Wh battery.

"Silly fad. Just die". That is the comment of a true Luddite. Why would anyone want a proven technology, which has been beneficial for millions of people, to just die, instead of progressing and evolving? Obviously, major companies are very suc...

it is said that the battery life is far from the official 11hours loop video test...

I'm not judging it based solely on the display. From my previous post..."A Core i5, and 8GB of RAM, is more than enough to get real work done on it."