Samsung released its Galaxy S4 LTE-A in Korea a couple of weeks ago and the company has already managed to ship 150,000 units of its latest smartphone in its homeland. That might not be a particularly impressive number compared to the over 20 million units sold by the original Galaxy S4, but when you consider that it's a single market and just two weeks of availability the figure is certainly decent. 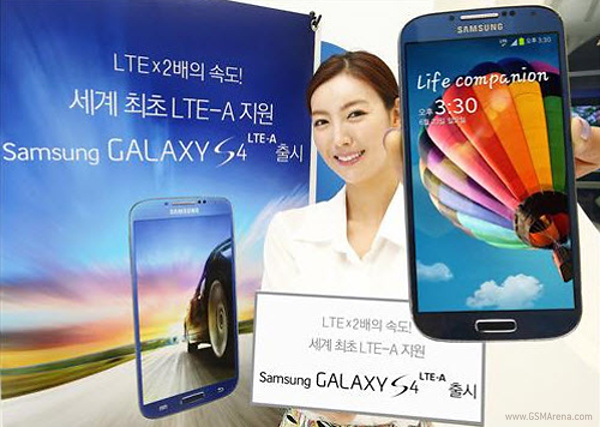 The Samsung Galaxy S4 LTE-A comes with the powerful Qualcomm Snapdragon 800 SoC rather than the Snapdragon 600 that powers the international version, but is otherwise identical to its predecessor. The international variant comes with a 5-inch 1080p Super AMOLED display, 2 GB of RAM, 13 megapixel rear camera, 32 GB in-built memory, microSD card slot and IR port.

The fact that Samsung Galaxy S4 LTE-A is able to make use of the SK Telecom's new super-fast network speeds and equally well supported by the Samsung's strong marketing campaign has certainly helped push those sales numbers so high.

You must not know much about technology. Welcome to the real world.