Samsung's been doing its La Fleur thing for quite a while now, giving popular Samsung devices a custom paintjob specifically targeted at the female audience.

The latest smartphone to be joining the La Fleur lineup is the Samsung Galaxy S4. The news was confirmed today through a couple of images, which popped up on Twitter today. 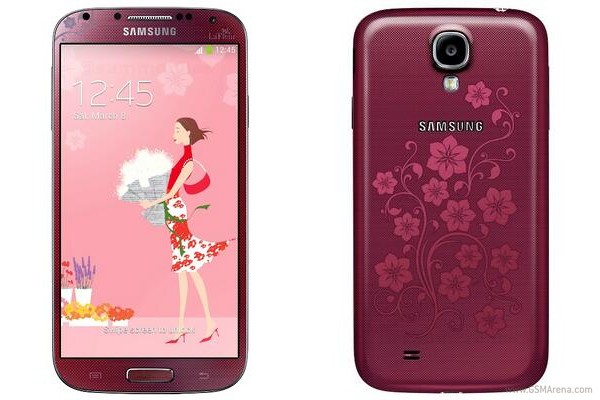 No word on pricing or availability yet, but our guess is that it'll be available before MWC next month, where Samsung is expected to out at least one new device. A launch ahead of Valentine's day seems likely given the nature of the smartphone.

By recent accounts the MWC won't bring the Galaxy S5, which one Samsung exec says will instead be unveiled in March, likely at an Unpacked event like the S4 and S III before it.

Pretty.But if you have a protective case, it doesn't matter anyway.I'd rather protect the phone.

Wow! Now I see Scamsung has some serious problems in their design division. They needed almost a year to come up with a La Fleur edition, and in 1-2 months S5 will be released. Shame on their obvious scamming tactics! :(

Sorry I forgot that , Samsung need your permission for smart phone launching.