Samsung SM-W2016 is a flip phone with near S6 power

What if the Galaxy S6 died and was reincarnated in an earlier era, one where flip phones still ruled? It may sound like fan fiction, but TENAA just certified such a device – the Samsung SM-W2016.

The flip phone features a glass back with curves on the side that evoke the S6 edge. It has two identical screens (one outside the flip, one inside) – 3.9" Super AMOLEDs with 768 x 1,280px resolution (383ppi).

Anyway, the performance is uncompromised with an octa-core processor (allegedly the Exynos 7420 itself) with 3GB of RAM and 64GB of storage. The phone runs Android 5.1 Lollipop (Samsung is yet to make the jump to Marshmallow). 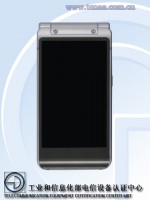 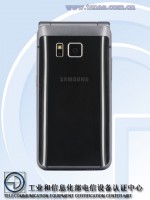 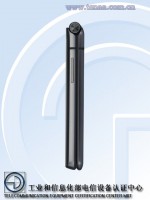 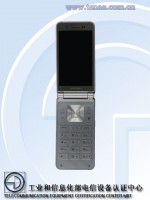 The T9 keypad below the screen brings up a lot of nostalgia, but above it is what looks like a SIM switch button, suggesting this is a dual-SIM phone.

Earlier this year we saw other Android-powered flip phones – the Galaxy Folder and the LG Wine. The Samsung SM-W2016 is more powerful than either, but chances are it will never see global distribution (those two never did).

Dear Samsung, You have a buyer in me. I wouldn't even think twice.

If they bring out a 4G flip as the next one to this one and introduce into UK I will be first in line (like those people who wait for hours for the new iPhone) I have wanted an Android 4G phone for ages but with a decent memory and camera and I love ...