Samsung Galaxy Ace 2, the successor of the popular Galaxy Ace smartphone might get the much awaited Jelly Bean update siib. As expected, the Galaxy Ace 2 will be skipping on ICS to get Android 4.1 Jelly Bean. 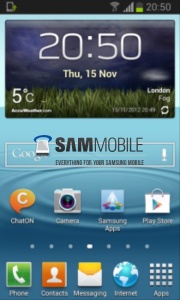 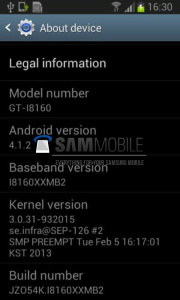 Samsung has already started making Jelly Bean test firmwares for the Galaxy Ace 2, according to SamMobile, who claims to have received few screenshots of a pre-release firmware for the handset.

The Android 4.1.2 Jelly Bean for the smartphone is expected to be rolled out in the month of March or April. The upgrade will also feature the latest TouchWiz Nature UX interface and for obvious reasons, the UI will be a trimmed down version of what the Galaxy S III has.

Samsung is also rumored to start testing out firmwares for its other mid-range smartphones like Galaxy Beam, Galaxy Music, Galaxy Chat, Galaxy Ace Plus and Galaxy Mini 2 soon.

when will this update be available for galaxy ace plus in egypt ? :\ looking forward seeing it :)

Already available in the philippines?