The long-awaited Samsung Galaxy Tab Pro S2 just passed through the FCC with a Verizon branding. The tablet appeared a week ago in Bluetooth SIG documents so we could be closer to seeing it, perhaps at the Mobile World Congress at the end of the month. 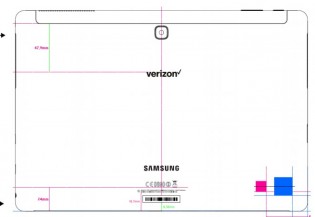 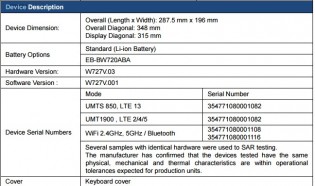 Rumor has it there's a beefy 39Wh 5070 mAh battery with a 25W Turbo Charger, two USB Type-C ports with support for USB 3.0 and support for microSD storage expansion and a SIM slot.

The last Samsung Tab Pro tablet was released way back in 2014 so we're glad to see Samsung giving the Windows tablet business another crack.

...Barely. Computers are still better used with keyboard + mouse. Hence why products as the above is mostly useless. Battery buy an ultrabook for less money and better battery life/specs (plus you get better navigation).

windows 10 brought touch interface to computers..but samsung is the stylus king..a fusion of these sounds promising..an external amp may push me towards an upgrade