Mobile devices and sports generally mix quite well, especially when we're talking about sponsorship deals signed by phone and tablet makers with various clubs or national teams. Samsung has however decided to go one step further in Portugal.

Samsung tablets will be used in the Portuguese football league to compile and file official match reports. These will be used by the staff of the Portuguese Professional Football League (LPFP), making their jobs much easier through a dedicated app installed on the tablets. 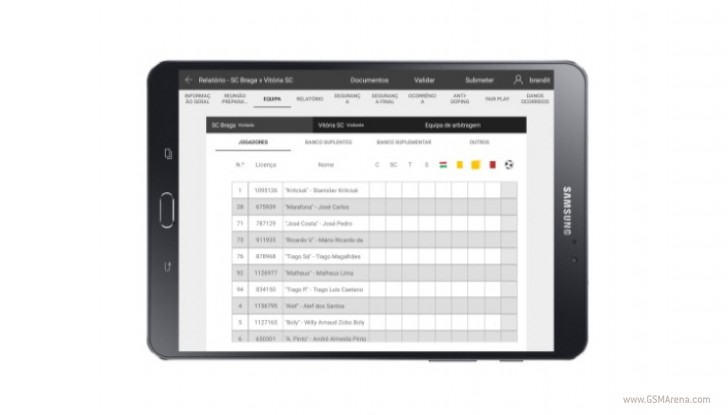 Previously, such forms had to be filled out by hand and then faxed over to the league's official board. This means the reports reached their targets long after matches ended. From this point on though everything is transmitted electronically, after Samsung has helped LPFP digitize its operations.

According to LPFP President Pedro Proença, "this application is a technological leap that helps us to provide better service to all clubs and all their fans. It is a truly innovative system that sets us apart from what we did in the past".

The leage off the best Portuguese team, Benfica! Nice

It's only the league where the best team in the world plays. FC PORTO!!! Rui.