For a while, we’ve been saying that we’ll likely see the heavily leaked Samsung Galaxy Watch launch alongside the Samsung Galaxy Note9 at Samsung’s Unpacked event in NYC. However, sources told TechnoBuffalo that the Galaxy Tab S4 will debut in NYC and the Watch’s fate is still undecided. So it’s not known if it will wait until IFA or launch in New York.

Both the Tab S4 and Note9 solidly surrounds the S Pen focusing on productivity, so launching them together would certainly create more noise for Samsung and the S Pen. Before this, it was generally speculated that the Galaxy Tab S4 would debut at IFA.

The report also mentions that that the Galaxy Tab S4 would be able to hook up to a monitor via its USB-C port for a DeX-kind of experience. 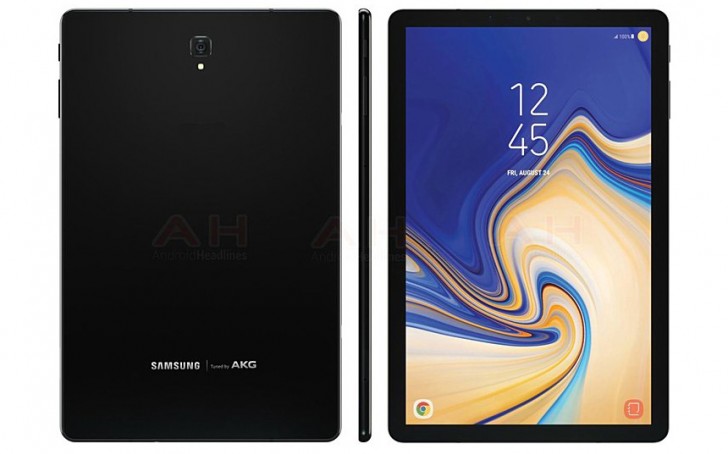 Alleged renders of the Tab S4

TechnoBuffalo’s report is not very optimistic that the Galaxy Watch will launch with the Note9, but there’s always a chance it might. However, given that the invitations solely featured an S Pen, TechnoBuffalo’s sources seem to be spot on. Perhaps Samsung is waiting until after Unpacked to send invitations for an IFA event with a time-related teaser for a Galaxy Watch.

What are you most excited for from Samsung? The Watch, the Note9, the Tab S4 or perhaps the mysterious Galaxy X? Let us know in the comments!

Well, I guess they dont want to cannibalize that segment.

Typo. As a platform (OS) for