We were so close to Samsung's Unpacked event at CTIA next Tuesday, but both Google and Samsung have for some reason decided to postpone the event to an unspecified later date. It's unclear why both companies would decide to do such thing with all the immense hype currently surrounding the Nexus Prime and Android 4.0 Ice Cream Sandwich. 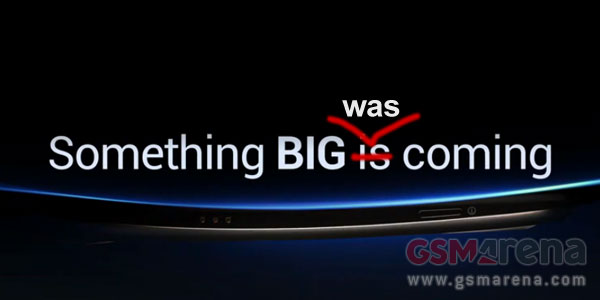 Samsung and Google decide to postpone the new product announcement at CTIA Fall. We agree that it is just not the right time to announce a new product. New date and venue will be shortly announced.

We are unsure as to whether this statement is real or not, as there's no official source from Samsung or Google, but we really hope it turns out to be a bad joke.

There's been speculation floating around the web already as to why the event might have been put off. To some it's in mourning of Apple co-founder and former CEO Steve Jobs.

We'll keep looking for more information on the matter. What are your thoughts? Why do you think Samsung and Google postponed their Nexus Prime and ICS launch?

it's pretty simple really ... Ice Cream Sandwich was not ready for launch ... remember the infamous Windows 98 Plug and Play demo into a BSOD!

So are you saying they are going to hold off for a whole year? Good luck with that as iphone 4s the failure phone as people keep saying it is has racked up 1 million pre order sales. yea let Android wait

I watched the iphone 4s keynote and like most people i thought Apple had dropped the ball. until i saw Siri yes loads of other phones have voice commands but i am afraid even if Apple bought the company they have killed it in that area. of course to ...