The Samsung Galaxy M12 is now official with a low-key launch in Vietnam. The phone is based on the Galaxy A12, though it stands out with a larger battery – 6,000 mAh capacity. It supports the same 15W fast charging over USB-C and promises 24 hours of web browsing on a single charge (over Wi-Fi). Alternatively, it can play videos for 23 hours straight or music for nearly 5 days.

The web and videos are viewed on the 6.5” display, a PLS LCD with 720p+ resolution (20:9). It’s an Infinity-V panel, meaning a notch for the selfie camera. As for music, there’s only a single loudspeaker, but you’ll be pleased to hear that there’s a 3.5mm headphone jack on board. 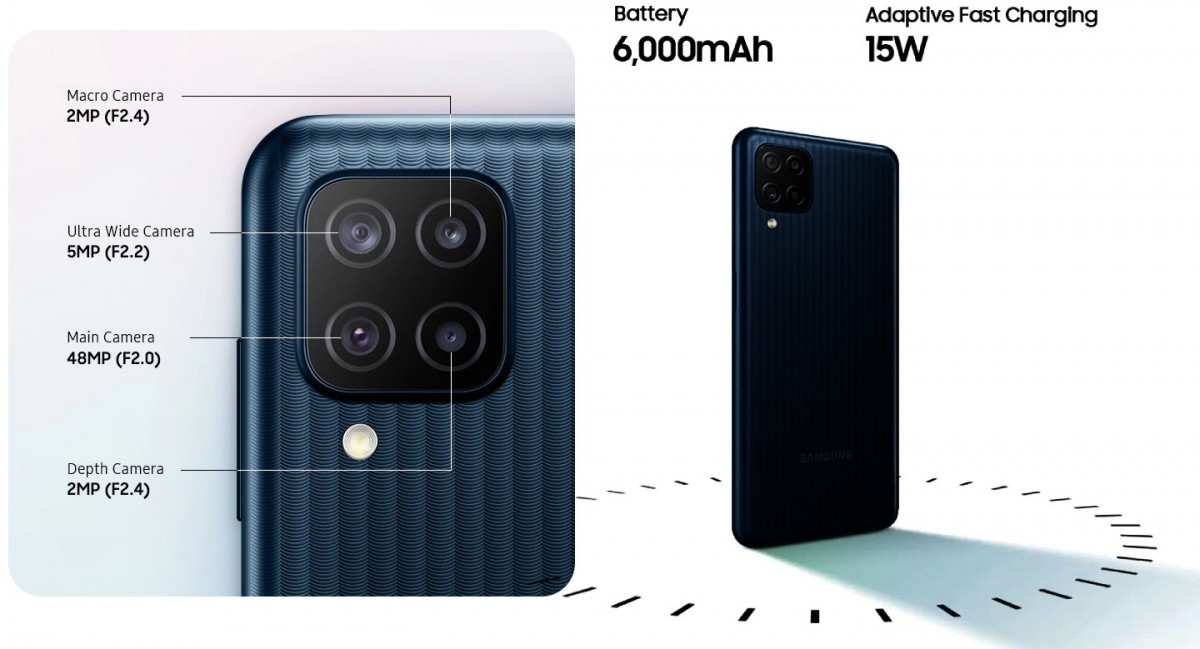 The 48MP sensor on the back is the highlight of the camera department. It can record 1080p videos (at 30 fps) and capture portrait photos with the assistance of a depth sensor. Also, there’s a 2 MP macro camera.

Another attraction on the back is the 5MP ultra wide camera, which captures shots with a 123° field of view. The final camera is the one on the front, which is equipped with an 8MP sensor and its own way to render bokeh.

Samsung is mum on the chipset that powers the Galaxy M12 – it just lists the 2.0 GHz octa-core processor (unofficial info points to the Exynos 850, which means 8x Cortex-A55, plus a Mali-G52 MP1 GPU).

There are plenty of memory configurations available, with 3/4/6 GB of RAM and 32/64/128 GB built-in storage. The card tray has a dedicated spot for a microSD card (up to 1 TB) should you need more storage. 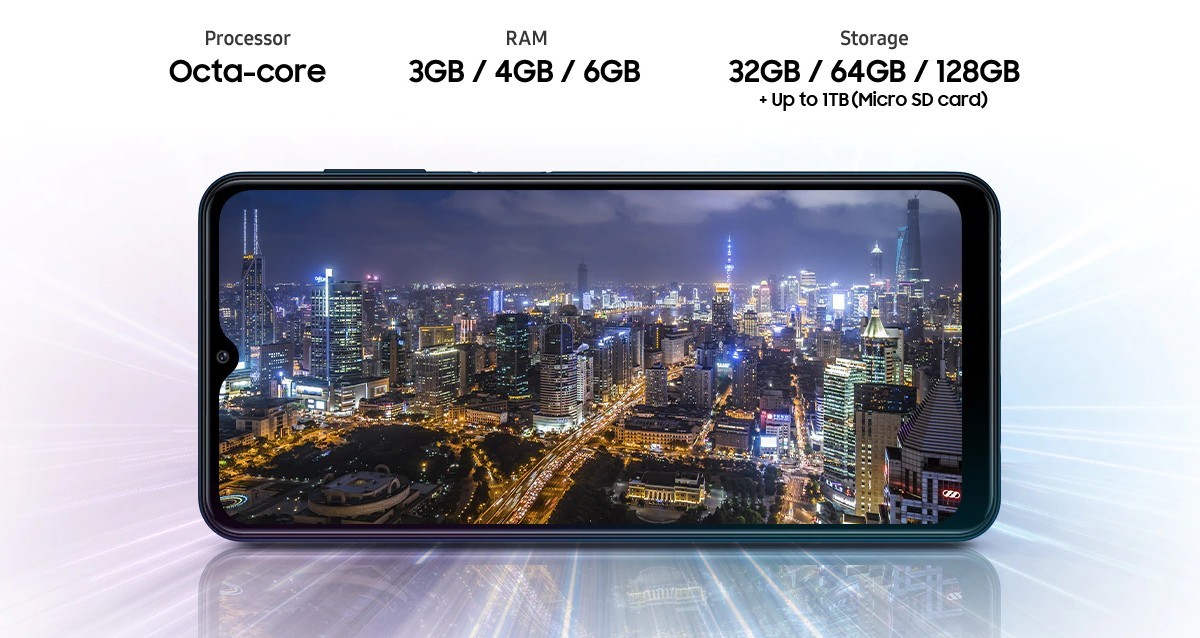 This is a dual SIM phone with 4G LTE connectivity. There’s also Wi-Fi (2.4 GHz, b/g/n) and Bluetooth 5.0, plus support for GPS, GLONASS, Beideou and Galileo positioning. NFC is missing, however. A fingerprint reader is built into the power button on the side.

The Samsung Galaxy M12 is available in Vietnam as of today, though only the 32GB and 64GB models and only at brick and mortar stores (more details here). It comes in three different colors – Blue, Black and Jade. 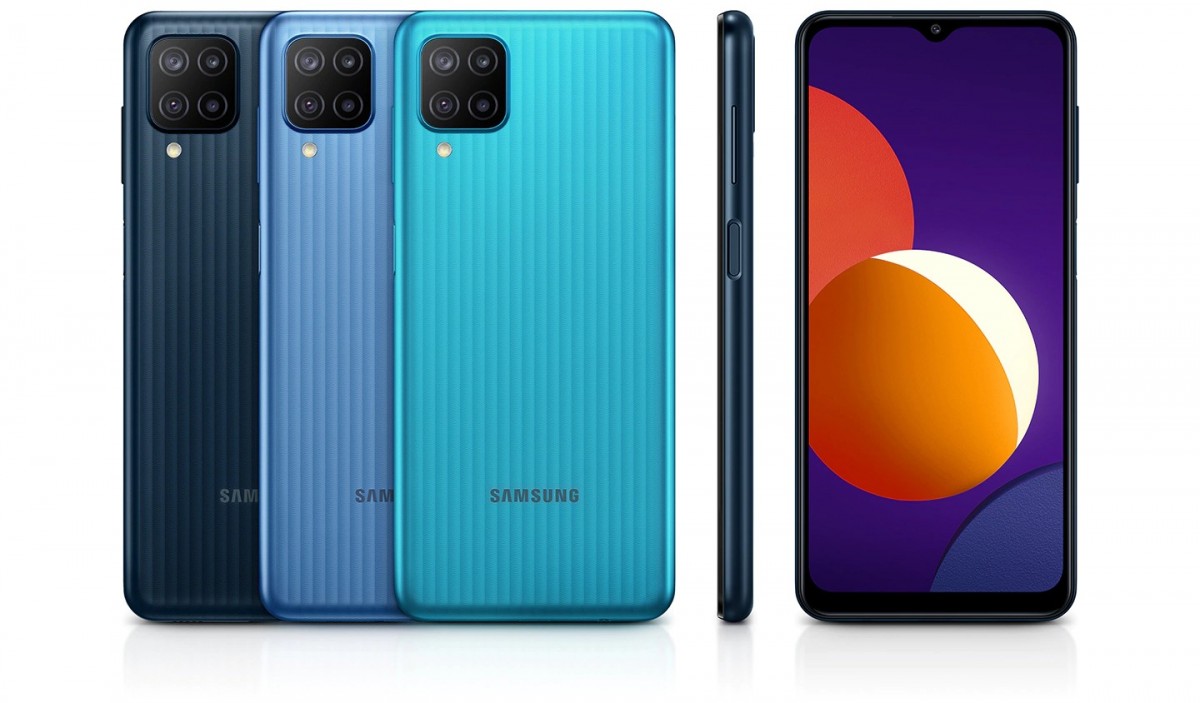 I doubt you can play Fortnite on this but otherwise it's a great phone when you consider the price (except 3GB RAM version, must be bad).

Plenty of people criticizing moto g9 power when samsung is doing the same, but with worse Soc