Samsung has redesigned their Galaxy Tab 7.0 Plus to sidestep the European courts' ban on its shipment in Germany.

Earlier the court ordered that the Galaxy Tab lineup design is too close to that of the Apple iPad and banned their sales, so Samsung had to alter them before it could reintroduce them to the German market. 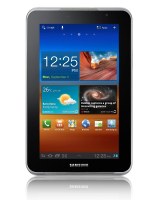 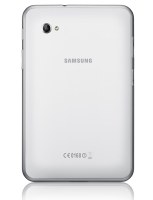 The redesigned tablet comes with a new name - Samsung Galaxy Tab 7.0N Plus and should be released later this month for the whopping 600 euro.

The major design difference is the stereo speakers mounted at the front of the device. It still features the 7" PLS-LCD display of WSVGA (1024 x 600) resolution, 345g weight, Android 3.2 Honeycomb (with ICS coming later on) and the GSM/HSPA combo for true phone capabilities.

just because YOU dont want to doesn't mean you can speak on the behalf of all of us. I have the older gtp1000 tablet.. Been using it for about a year now. It's fantastic - most of the time I dont need my laptop AND it makes for a great phone with a b...

its redicluous ....we want to use cell phone not a gadget like 7 inch larrrrrrrggggggg screennnn

i like this tap is was better than i pad. because the operating sofware are similer to netbook sofeware like window. finaly people are using windoe rader that app comp. why because they control. in the situation of glober business people have right t...