Samsung and China Telecom announced the W2018 - a high-end flip phone with Android, two touchscreens and the brightest lens of any smartphone. The event was held in Xiamen, China and celebrated the 10th anniversary of the W series and 25th anniversary of Samsung in the Chinese market. 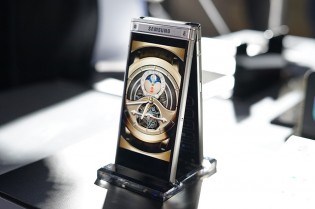 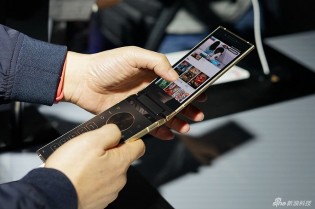 Samsung W2018 has a pair of 4.2” AMOLED displays of Full HD resolution. The chipset is Snapdragon 835 and is coupled with 6GB RAM. 64GB and 256GB storage options will be available.

The W2018 is the first flip phone with Bixby on board, and Samsung proudly announced that the AI assistant now supports Chinese language.

There is one camera on the back - a 12 MP sensor with large 1.4μm pixels and the brightest yet on smartphone f/1.5 aperture. OIS is also available. On the front, there is a 5 MP snapper with f/1.9 lens. The phone can record 4K video with the main camera at 30 fps. 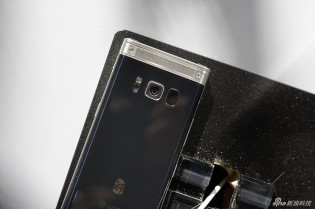 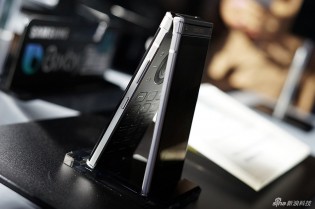 The Samsung W2018 has a 2,300 mAh battery charged via the USB-C port and a dual hybrid SIM slot that supports dual standby. It lacks Google services like many China-only devices and runs the year-old Nougat 7.1.1.

The Samsung W2018 is offered in Black, but there are also limited edition units in Gold and Silver. The basic version costs the mind-blowing CNY15,999 or more than €2000/$2400 at JD and TMall.

Can you please tell me where to buy this phone ???

Nice and glamorous.... I like that.. But it's still so pricy and out of price range of majority. I prefer paying for iPhone X instead it since I'll save much more than expectation.