Appearing on TENAA first in May and then in live images in July, the Samsung W2018 is about to finally go official. The clamshell phone will be announced on December 1 at an event in China. 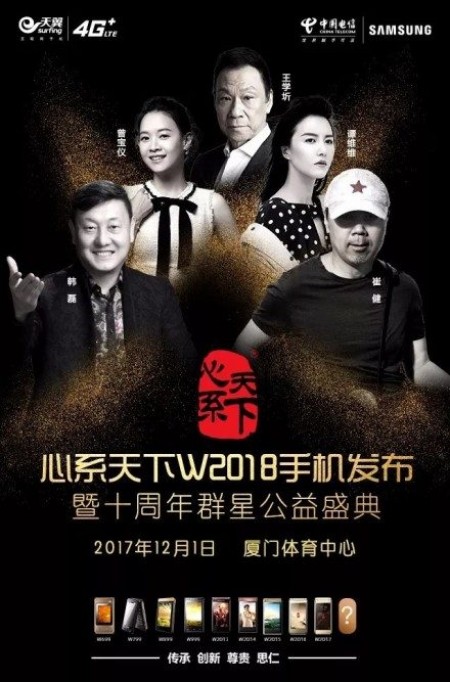 A poster reveals the luxury phone will be unveiled at Xiamen Sports Center, in the presence of a bunch of Chinese A-list celebrities. The event will commemorate the 10th anniversary of the W series. The Samsung W2018 will most likely remain exclusive to China as its predecessors.

According to previous rumors, both screens will be 4.2” in diagonal with Full HD resolution. There is one camera on the back with 12 MP sensor and a 5 MP one for selfies.

A pity that these Samsung clamshell smartphone series (Galaxy Folder, Leader and W) are restricted only to South Korea and China. Curiously, neither in Japan (which also uses these types of devices quite a lot) Samsung launches them.

Do not generalize. Especially if you cannot differentiate between expect and accept. Maybe you need a physical keyboard.

I doubt this model sells well. A. It's costly. B. The body isn't atypical. I think it may be priced high on purpose to give buyers a sense of exclusivity. This model and price point remind me of Vertu phones (a super expensive British made, Turkish o...