Earlier today we showed you a press render of the new edition of the Samsung flip phone, codenamed SM-G9298. Now there are also live images of the device that probably will sport the name W2018 since it comes as a successor to last year’s W2017. 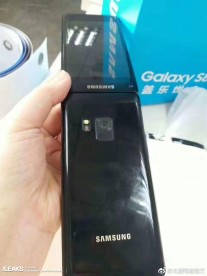 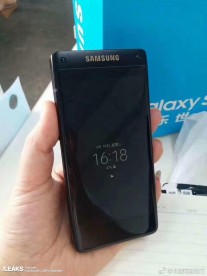 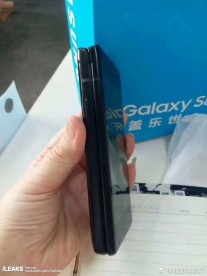 As you can see, the phone has touch screen both on the outer and the inner side. On the back is a camera with an LED flash on the left and a fingerprint scanner below the sensor.

The outside screen supports Samsung’s Always-On Display, while the inside display has a more basic user interface. An interesting feature is the Microsoft Office suite on the home screen, which might come as pre-installed. 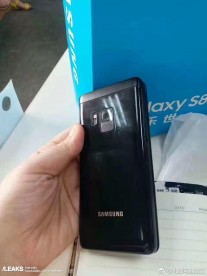 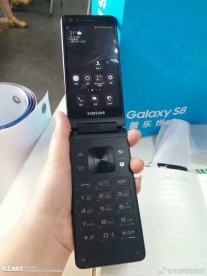 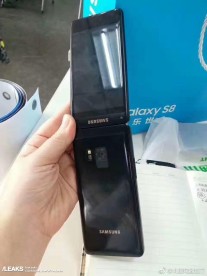 The Samsung W2018 will be China-only like its predecessor. According to previous info, the phone will be powered by a Snapdragon 821AB chipset.

Both screens are 4.2” in diagonal with Full HD resolution. The main camera is 12 MP, while the selfie snapper is 5 MP. The phone runs Android 6.0 Marshmallow and will support wireless charging and Samsung Pay.

The target market is not the qwerty crowd. And it is faster to type with this T9 keyboard one handed and barely looking at it. Especially asian languages.

Well, the KeyONE is selling pretty well. Hopefully that might mean they'll consider making the next one ultra high-end.