Every year Samsung launches an odd clamshell smartphone in China with two screens, top of the line internals, and a very high price. Following the W2016, W2017, and W2018, it's almost time for the W2019 to be officially unveiled. That should happen very soon, perhaps even in the next few weeks, given the amount of leaks we've seen about it recently. 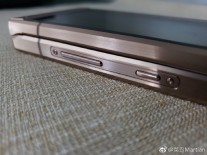 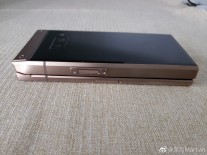 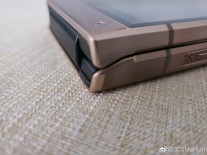 Today we have a bunch of new pictures showing the upcoming device in all its blocky glory. There are multiple angles, and the focus is mainly on how thick and unashamedly big it is. 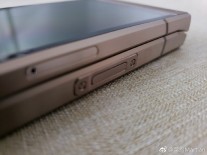 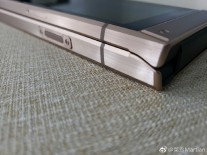 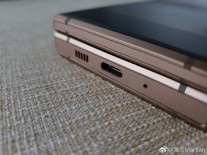 More angles of the Samsung W2019

The W2018 will be powered by the Snapdragon 845 chipset, boasting two 4.2" touchscreens and a 3,000 mAh battery. Its camera setup will be the same as the Galaxy Note9's and S9+'s. There's a Bixby button on the left side, while the power key and volume rocker are situated on the right. 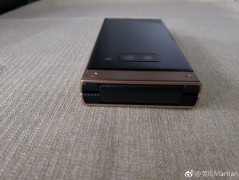 Even more shots of the Samsung W2019

A USB-C port is in, but the 3.5mm headset jack is gone, in a first for any Samsung flagship device. Expect the W2019 to be priced between $2,500 and $3,000, and like its predecessors it's very likely that it will only be sold in China.

samsung really has a thing for bad design when they copy someone else, their devices look meh... but whey they try to come up with a new design, all they make is manure

Samsung has to have some phone to compete next years new iPhone that is gonna cost $3000 ;) just so that the fanboy does not feel embrased when They compare their phone to the Apple users...

That would be nice!