Samsung Wave is the first smartphone running Samsung's own Bada OS. It's also got some nice specs and excellent ergonomics. What's there not to like about it. Obviously, the phone (and platform) is off to a good start with over one million Wave units sold in the four months of its availability in Europe. 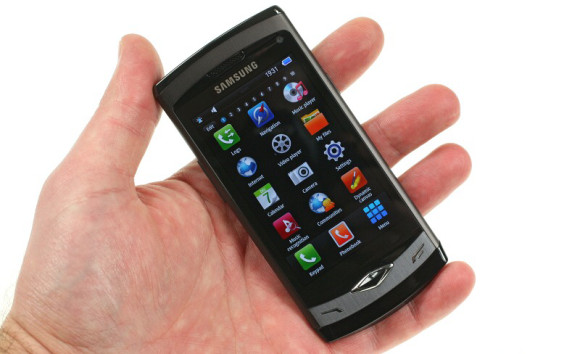 The Samsung Wave scored excellent marks in hardware and software usability when we reviewed it several months ago. Specs-wise it's got a gorgeous 3.3-inch SuperAMOLED display, Wi-Fi, GPS and 5 megapixel camera that shoots 720p HD videos on the side.

Back in July Samsung announced it has already sold a million Waves on a world scale in July, but the latest achievement takes only European sales into account.

Samsung are currently working on three new Wave phones. The Wave 2, the Wave 2 Pro and the Wave 723 are positioned lower than the original Wave and should expand the reach of the Bada platform even further with more competitive pricing.

Samsung also announced it has plans for introducing the Wave to the South Korean market later this year.

My experience is some wrong with this product..I had purchased S8530 on 19.1.2011. After the purchase, I found that there is hanging problem in the mobile. After the mobile hangs, without removing battery mobile does not power off. I visit Service Ce...

I am practicing musician and Bada is missing good metronome,guitar tuner sucks compared with other OS no adobe flash player so can't adapt songster or guitar pro no guitar rig or any amp emulation app ,that's dissapointing but I hope Samsung is wo...