Samsung website mentions GT-S8600, could be the Wave III

One might think that Samsung has forgotten all about its Bada OS but that may not be the case. According to some evidence found on Samsung Russia's website, there might be three Bada phones in the pipeline, waiting to be launched.

The model numbers for the three devices are GT-S5360, GT-S7250D and the GT-S8600. Out of these three, the GT-7250D has previously been discovered in the Bada 2.0 SDK where it was identified as the Wave725 and said to have a HVGA display, a first for a Bada phone. 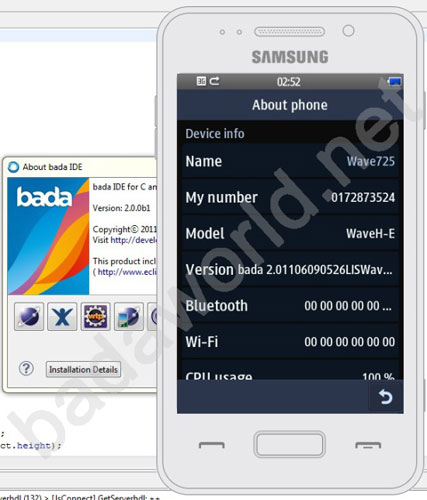 The other two are yet to be identified as Bada phones but if you look at their model numbers it’s not hard to imagine which OS they might be running. The S8600 in particular looks interesting as this could very well be the Wave III that is expected to be announced soon.

Other details are very scarce right now with only what seems to be a mock-up of the Wave725 discovered in the SDK (pictured above). Hopefully we will be learning more about these devices from Samsung at IFA this September.

how can i download whatsapp in samsung wave3 gt-s8600?