Samsung will make a foldable smartphone display in 2015

Flexible displays are slowly but surely making their way into our lives - and mobile devices. The first step has been represented by panels bent during the production process, like those in the LG G Flex, Samsung Galaxy Round, and Galaxy Note Edge.

The next step, however, will be represented by displays that can be "folded in half", according to a senior Samsung executive. The wording seems to imply that the smartphone that will have that screen attached to it will be bendable as well. 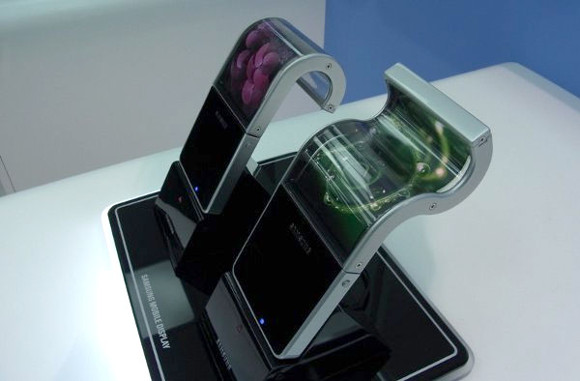 Samsung's display-making subsidiary is gearing up for production of such panels, and it boasts that it will have the capacity to make 30,000 to 40,000 of them each month by the end of next year.

Apparently, none of Samsung's competitors will be able to match that production capacity for flexible displays until 2016. And Samsung plans to use its advantage, by coming out with a bendable phone before the end of 2015.

That said, "nothing has been decided on the finished product" just yet. But if it does come out in 2015, expect it to be another "limited edition" type thing, just like the Galaxy Note Edge is this year. That's because a mass market flagship will require millions of units being made per month, and not tens of thousands.

Samsung Display wants to lower its dependence on Samsung Electronics, hoping to sell half of its panel output to other companies within three years. It's also got big plans for AMOLED, getting prepared for the tech to "compete directly with LCD". To do that, the company will lower production costs for AMOLED panels, in order to lure more customers.

You can't debunk something true. LG Prada came first and had capacitive first. And the iPhone looks similar to it. even the Samsung f700. It was announced to be in production way earlier the prior year but did not make the final cut to release. ...

Well this company will going to create another smartphone that is very interesting to those Fandroids..