Samsung to manufacture 30-40% of Apple’s upcoming A8 chip

While the freshly announced, 64-bit CPU toting iPhone 5s is enjoying its time under the spotlight, a report has emerged, potentially shedding light on the production of Apple’s next generation mobile SoC. According to Korean media, Samsung will handle the manufacturing of around 30 and 40% of the upcoming Apple A8 chip which will find a spot in future iOS devices. 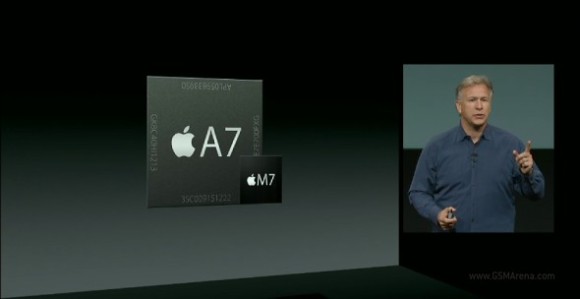 Taiwan Semiconductor Manufacturing Co. (TSMC) is said to handle the rest of the chips’ production. Apple reportedly wanted TSMC to handle the entire A8 chip manufacturing process. However, the challenges associated with the production of state of the art 20nm chips necessitated the involvement of Samsung in the process.

There has been no official confirmation from any of the parties involved in the deal. The rumor however, falls in line with previous reports about Apple’s intent to diversify its chain of suppliers.

Lol! They makes chipsets for apple and they iphones performs very well! and they cant design an effifient chipset for their own sgs4 its laggy and heats up like hell! And fake octacore! shame on u sammy! i regret buying sgs4! I can use it as ir...

Master samsung ? Type in google "the most expensive company in the world". What do you see? Do you see samsung? Cuz i'm not. I only see Apple Apple Apple