Just this weekend, we saw renders of two unreleased Samsung Wireless Fast Charge docks. One is a redesigned Fast Charger that would be updated to support the Galaxy Note9s supposed faster wireless charging (EP-P3100), and the other one was the Samsung Wireless Charger Duo (EP-N6100), which has two wireless charging areas: one upright and the other flat.

Today, a new report from MobilTelefon.ru brings live images to support the renders. In fact, the Samsung Wireless Charger Duo is already available in a Samsung retail store in Russia for a retail price of RUB 6,990 (~USD 112). 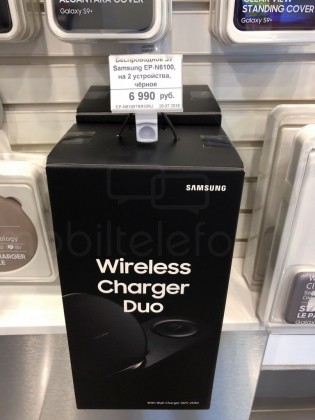 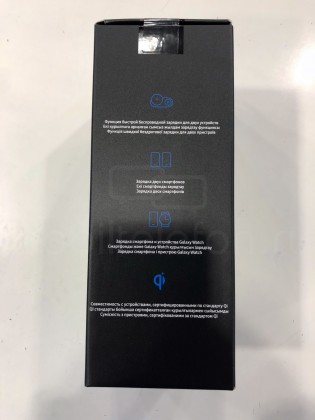 The contents of the box include the Wireless Charging Duo station, one Samsung Adaptive Fast Charge Wall Adapter  which appears to be of the micro-USB variety, and a Quick Start Guide.

This charger is useful for anyone who wants to use it to charge more than one Samsung Galaxy Smartphone. An interesting tidbit, however, is that the back of the leaked retail packaging explicitly lists compatibility with the yet-to-be-announced Samsung Galaxy Watch. 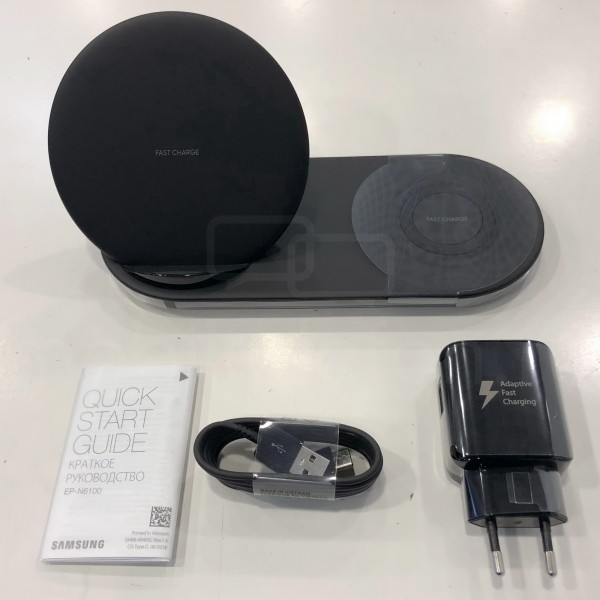 We still dont know when Samsung may announce the Galaxy Watch, but considering this product is already available at a retail level and mentions the Galaxy Watch, it could be at Samsungs Unpacked event in New York.

Samsung really isnt trying to keep anything under wraps anymore, so the element of surprise is completely gone for anyone whos actively following the leaks and rumors. Were less than two weeks away from Samsungs Unpacked event so stick around when August 9 comes around!

It just included for the wall charger. Have nothing to do with the wireless charger. Wireless is wireless.

Let's hope this is fake then or Russia has some regulations