According to a report by the Korean ETNews, Samsung is testing a camera with optical image stabilization (OIS) in the upcoming Galaxy Note. III 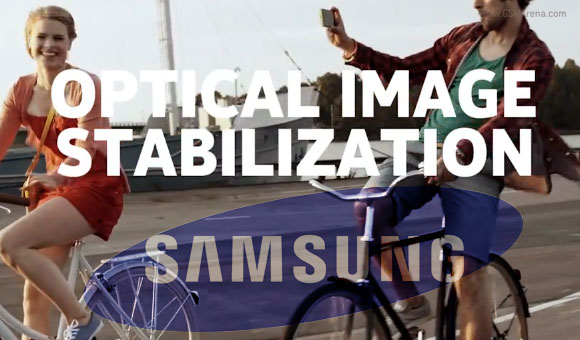 But that won't be the only feature that the 13MP camera of the Note III will be capable of. According to the source, users will be able to edit photos on the fly with the included S Pen. Another feature that Samsung was reportedly discussing was a 3x optical zoom, but this had made the device thicker than needed, so the idea was rejected.

The newspaper has even quoted a Samsung employee, who states that the company is experimenting with various technologies. Here's the full quote.

We are pondering various technologies at this stage – for example, OIS (Optical Image Stabilization) and shutter functions. But, nothing has yet to be confirmed, so we cannot conclusively say that those functions will be added to the Galaxy Note 3.

Granted, Nokia and HTC have both adopted OIS solutions in selected smartphones, so it won't be at all surprising to see Samsung offer the benefits of the technology in its own upcoming devices. We just feel pessimistic that they would introduce such a cameraphone-centric feature on no other than the Galaxy Note III.

Other than that, rumors have it that the Galaxy Note III will pack a 5.99-inch 1080p Super AMOLED screen with the same pixel structure as the Galaxy S4's display, a higher clocked Exynos 5 Octa chipset and 3GB of RAM. We'll find out more at the IFA 2013 in early September, the event where the last year's Note II was announced.

watch on youtube samsung s4 snapdragon vs exynos you're doubt will be cleared, because other guy knows what he is saying

You must be new here.

Rumours has it that the note 3 will carry a snapdragon 800 chipset clocked at 2.3ghz quad..and now i see that itl possibly have the exynos 5 octa chipset. I think that the exynos will be a better installation in the note because of its power it has t...