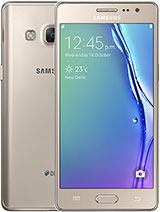 Nedo saadi, 11 Sep 2015Now Samsung should make windows phones.what do you think you know about windows, if you've used windows before and compared it with an android device you'll know that you don't need a windows phone. The windows store suck...

i think only that samsung is going soo speedy should remove a phone that shoul work on our mind
or should improve with the ram any of the samsung phone always hang ..
increase the ram and internal storage that shoul nopt need of memory card .....
and speed should give like a 4G with in a mili second should open the apps thats alll.............

Tizen os is good but there are no developer for developed the apps.

Tizen os is good but there are no developer for developed the apps.

We need more apps in tizen store like play store.

Finally, gsmarena read my comment. I've told them many time that Samsung display is PLS TFT not just TFT. TFT is transistor type and not display type. PLS TFT is similar to IPS but much cheaper. All of Samsung smartphone labeled with TFT is actually PLS TFT display guys. Please take note.

new os tizen - does it will be flexible like android , it has the support of google - what about tizen

Good spec, cheap and most of all tizen, a free OS.

i say it will be a failure just like Bada OS. i don't recommend buying it, because in 1-2 years you might be left outside again.

this is samsung's new mobile phone series with new operating system, that's why i think samsung need to think about some new designs for this phone

Total of 941 user reviews and opinions for Samsung Z3.
ADVERTISEMENTS