Samsung's 2015 flagships may get Oreo update

Looks like the Samsung Galaxy S6, S6 edge, S6 edge+, and Note5 will all get the Oreo update. Manufacturer Development pages for these devices on T-Mobile's official website say the carrier "and the device manufacturer have agreed to support a new software update," which is Oreo. 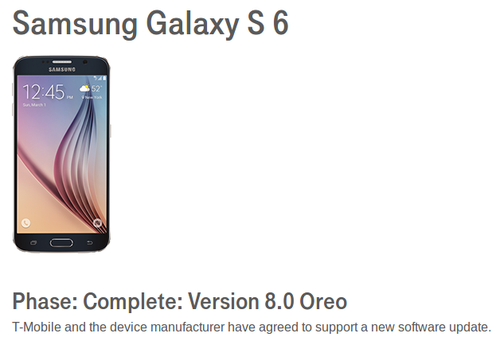 It's worth mentioning that this is not the first time we've heard about Oreo for the Galaxy S6. At least a couple of times in the past two months, Samsung customer care reps have confirmed the device(s) will get the update, with one of them even revealing the February time frame for the roll out.

Officially, the South Korean company hasn't yet announced anything in this regard.

can you give me a samsung s8 free