Towards the end of October, Samsung gave us an official tease for its upcoming clamshell foldable phone. Since then we’ve seen countless renders and rumors about the device but now we have our first live look at the next-gen Galaxy Fold. 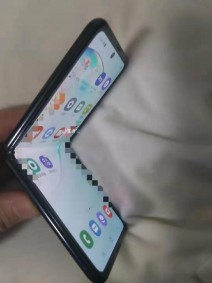 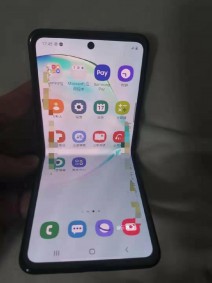 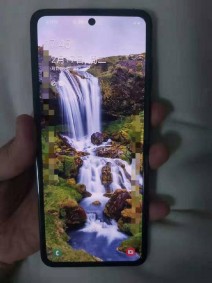 The design comes just as advertised with a tall, vertically folding Infinity-O display with a centered punch-hole cutout for the selfie cam. There’s quite some bezel on the sides and bottom but no chin like on the Motorola Razr. The phone is running the familiar One UI experience but we should expect Samsung to add some specific tweaks to take advantage of the foldable form factor. 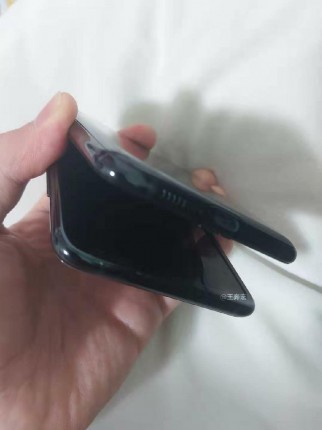 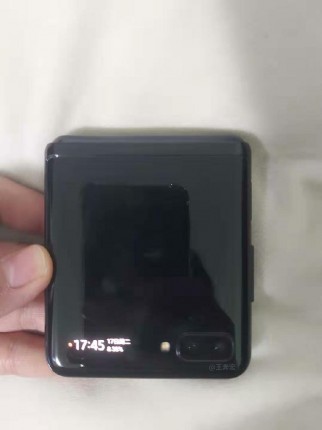 The front of the phone when folded has a small display for the time, date and notifications which sits next to the LED flash and dual camera setup. It's unclear if the area above it will hold another display though.

The back appears to be made out of glass while the hinge seems identical to the one on the Galaxy Fold, just smaller. We also get to see the volume and power buttons which are placed in the upper right-hand-side while the bottom houses the loudspeaker and type-C port.

According to reports, the clamshell Galaxy Fold will come with a pricetag in the $1,000 range and should be announced alongside the Galaxy S11 series on February 18. As always we’ll keep you posted when we have more info to work with.

The worst tech in 2019: https://www.engadget.com/2019/12/27/the-worst-tech-fails-morning-after/?sr_source=Facebook&fbclid=IwAR3jX98ztkG4BYwIVDSIGkH6yVBXAp-8NuaBqd9Vdp-5BYGYGUNSqnG3PnA

Razr uses SD 700 series for their foldable one. Its flagship product and 2020 is coming! Fortunately, this foldable phone is designed by Samsung. Because the previous fold used SD 855, I believe this new fold is gonna use at least SD 855 or higher ...

Well i dont think so because hole is for camera. Where notch is notch.