The Samsung Galaxy F or Fold is spotted going through the CMIIT (China’s Ministry of Industry and Information Technology) which means that Samsung plans to bring the Galaxy F to the Chinese market. This just in time as Samsung’s Unpacked event next month will likely see the debut of the Galaxy F.

The main model number is SM-F9000, likely followed by a letter that would identify the market it is intended for. “U” is for US, “F” is for EU, and “A” might be for Asia.

Aside from seeing this model number in an official document, there isn’t much else revealed about the device itself.

Previous rumors have it that the Galaxy Fold will come with 512GB of internal storage and run the latest Qualcomm Snapdragon 855 CPU. Other reports have claimed Samsung is only making one million units of the Galaxy Fold and the price is estimated somewhere around $1,800. The phone might have a 6,000 mAh battery and its display will measure 4.58 inches when folded and will open to 7.3 inches. 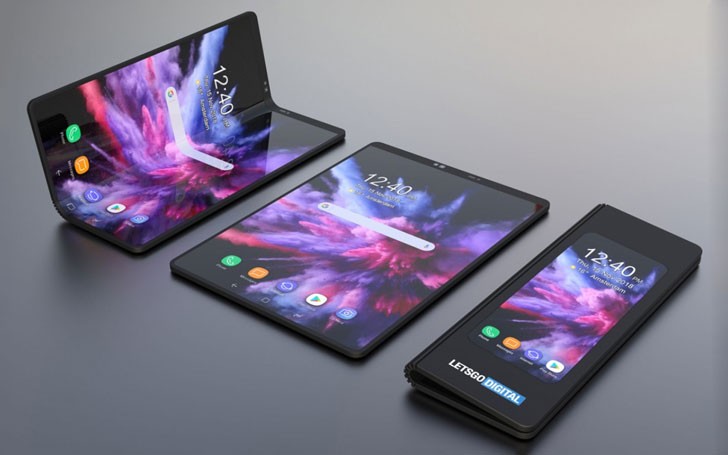 Unofficial renders of the Galaxy Fold from LetsGoDigital

2019 is going to be a very exciting year for smartphones as companies race to push the boundaries of hardware design. Whether fully foldable hardware is going to be the future is yet to be determined but it’ll be fun to watch it happen either way. The Galaxy Fold will be announced on the same stage as the Galaxy S10 on February 20 in San Fransisco.

Does it fold flush or not?

2018 is all about Chinese phones, since nothing is truly innovative outside those Chinese brands. In 2019, there will be a race to foldable phones among Samsung, Huawei, Oppo and Xiaomi. Vivo and Apple are not yet in the race. Let's see who will make...

Very much excited about the launch, Kudos to the Innovation, With the Snapdragon 855 on board, I actually expect some new functions which can make the foldable display meaningful, Will it be launched in India or to a limited market is the question? ,...