Samsung's Galaxy Note9 to get a brown variant

You can tell Fall is approaching by the increasing rate of Galaxy Note9 rumors and leaks. Earlier today news broke about bigger battery and faster wireless charging and now we get to learn a little something about the colors of the device. 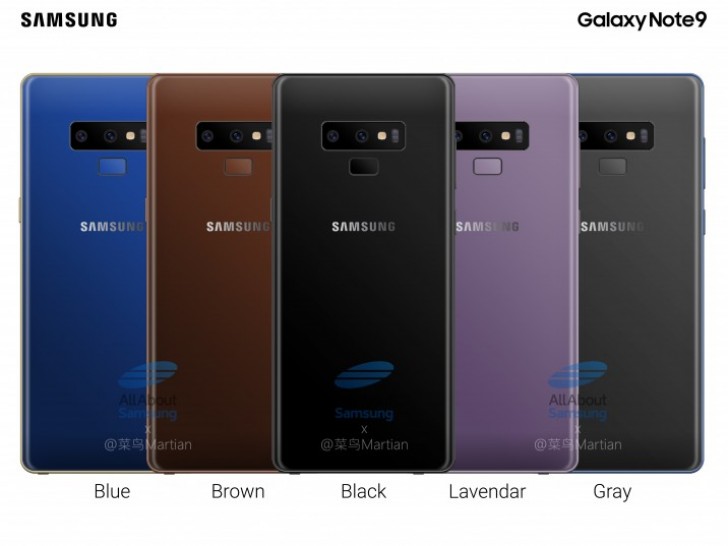 Note9 in black blue and brown

The purple variant, for example, will be a bit lighter than the Lilac Purple on the Galaxy S9 while the gray model will carry a slightly darker hue of the Titanium Gray as seen on the Galaxy S9. The aluminum side frame will be contrasting to the main color on the latter with slight blue-ish tint. The blue version, on the other hand, will receive a golden frame finish. The person I was responding to said they are keeping their note 4 because it is white.

I fondly remember my brown Note 2 and regret selling it off when I could've kept it around after I switched to a golden brown S4. At least I still have my brown SIII in its original box.

how is the note9 out of date?