Samsung has been focused on promoting is Gear VR headset, bringing it to Sundance Film Festival and climbing on-board commercial flights. Aside from limited content, the widespread use of the Gear VR is hampered by the simple fact that it can only function with a Galaxy Note 4 smartphone.

Well, what better way to address the latter issue, than to make the upcoming Galaxy S6 and rumored Galaxy S Edge compatible as well? Unnamed sources claim that's exactly the case, but here's where the information ends and speculation begins. 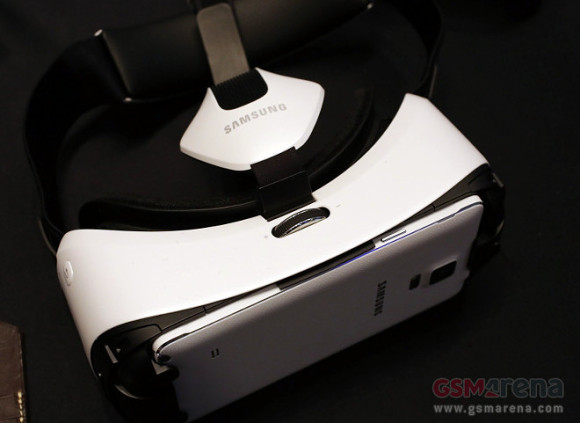 At present the Gear VR works with the Galaxy Note 4 only, which packs a large 5.7-inch display. So far the rumors on the Galaxy S6 have settled around a 5.2-in screen, making it too small to be implemented as is.

There are at least two ways around this issue, the source suggests, one being a brand new headset to support multiple screen sizes. Such a solution can accommodate the future flagship while maintaining compatibility with the Galaxy Note 4.

Another workaround would be to make the Galaxy S6 larger, but it seems illogical to design a mainstream device around a niche one.

A more cumbersome third option, keeping the current Gear VR and freeing the Galaxy S6 from such compatibility considerations, would be to employ some sort of lens adapter within the existing headset.

Bear in mind that all of the above is speculation, based on rumors, so it may be far detached from reality. Until we see a working Galaxy S6 inside a VR headset, all is subject to change.

is the VR compatible with the K Zoom?

Yes. Great advancement Sammy! This is innovation. Bringing VR mobile and bringing it to the masses. Others can only follow. VR is the future. This is gong to blow a lot of people's minds! And the possibilities are endless. From immersive 3D gaming an...