Samsung's mid-range smartphone roadmap for Oreo is out

A plethora of Samsung devices will receive Android Oreo according to a leaked roadmap for mid-range devices. However, don't get too excited as most of the devices will get it sometime in early 2019. 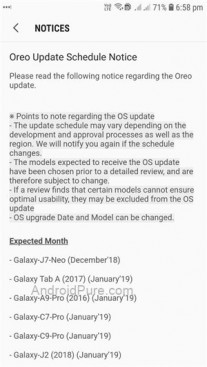 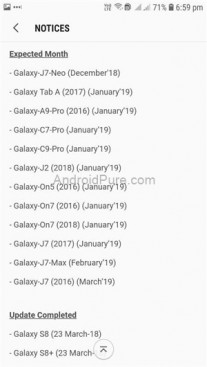 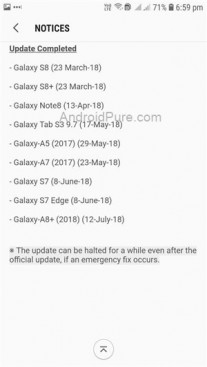 Screenshots from the Samsung Members app

The screenshots reveal all the devices that are waiting in the line for the OTA update - 12 in total. The images are taken from the Samsung Members app. Here's the chronological order of the handsets waiting for the biscuit:

Still, Samsung could make some changes to the timeframes due to unexpected issues.

In addition to the leaked roadmap, two old Galaxy devices passed WiFi certification indicating at nearing Oreo update - Galaxy Xcover 4 and Galaxy J5 Prime. See for yourself in the screenshots below. 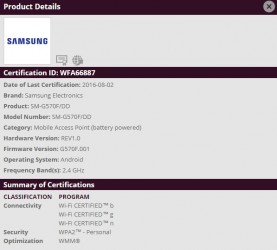 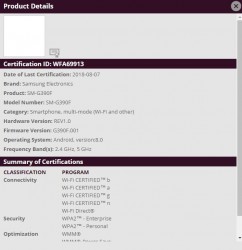 After a major update, all devices are subjected to additional WiFi certification and the update gets released shortly after so we can expect the Xcover 4 and the J5 Prime to get the Oreo software pretty soon.

When does the Samsung Galaxy J5 will get Nougat update in India??