More details on Samsung’s upcoming Unpacked event on September 3 became available as official invites made their way to media members. It turns out that Unpacked Episode 2 will be held simultaneously in three cities – Berlin, Beijing, and New York. 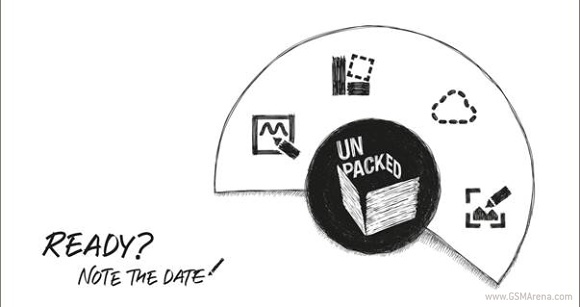 The invites also contain a more than subtle hint that a new Galaxy Note device will be the star of the show. As you can see above, the image in the invites is a sketch of the Air Command menu – a Galaxy Note staple. To top things off, the invite prompts the recipients to “note the date.”

Samsung Galaxy Note 4 is expected to pack a 5.5” QHD display, 16MP ISOCELL camera, and Qualcomm Snapdragon 805 or Exynos 5 Octa SoC depending on the region.

On one hand you say Samsung needs to change its design and on the other you say you may buy the iPhone 6... Because recently Apple has been waaay on the cutting edge of new designs...

us Market need a 64gb storage

Need a minimum of 64GB of storage then I would buy. I use a lot of apps can not fit many on the external.