SanDisk is known for pushing the limits of portable flash storage - usually capacity, but this time it went for speed. The SanDisk Extreme Pro USB 3.1 promises SSD-like speeds in a thumb drive form factor.

Using a USB 3.1 interface, the drive offers read speeds up to 420MB/s and write speeds up to 380MB/s. Thats fast enough to transfer a 4K movie in just 15 seconds points out SanDisk while wed like to point out that these are more SATA SSD speeds (some M.2 drives get into the gigabytes per second range).

Anyway, the Extreme Pro USB 3.1 drive has an aluminum casing and a retractable connector for improved looks and durability. Its safe too, SanDisks SecureAccess software can password protect files on the drive with 128-bit AES encryption while RescuePro Deluxe can resurrect files you deleted accidentally. 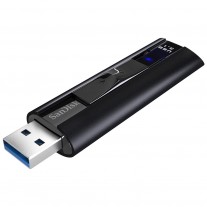 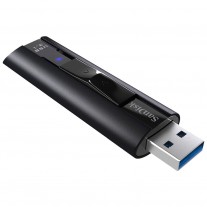 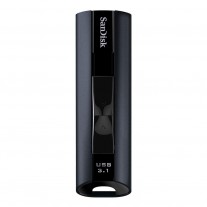 then how long u want keep using old device ? another 10 years ? then complain it running slow ..... everything change to made it better , u want it , u have to follow it ....

It's not that people are afraid to change, just that USB 3.1 requires a 3.1 USB slot, which requires a new device. Would you buy a new device, while your old device runs just fine, just for USB 3.1? 3.0 is just fine and people don't need pocket SSDs ...