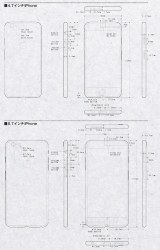 Then come two sketches of the upcoming two models but their credibility is yet to be confirmed. The sketches apparently show a 4.7" and 5.5" iPhones with rounder edges, slim waistline and single-piece volume buttons.

According to the source of the sketches the devices sport 7.1 mm thickness. On the bottom, the 3.5 mm headphone jack is located on the far left instead of the right. 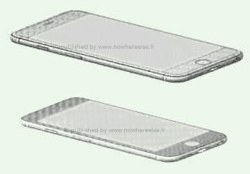 Based on those sketches Martin Hajek created a couple of 3D renders. While those aren't real and could turn to be based on completely false info, they still look pretty cool. 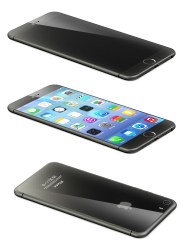 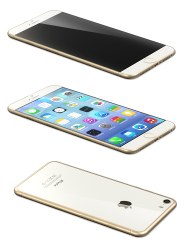 iPhone 6 render based on rumors

Recently, we saw a schematic of an unrealistically wide iPhone device but it isn't connected to the ones above.

Have you own an iphone before? the itunes restrictions is not actually that bad. The file and music transferring with itunes is a breeze and easy to use. the so-called heavily restricted apps makes it safer and less crash. Battery is sucks when you c...

5c is a good phone tho. It's my first Apple product. I'm satisfied with mine!