Lenovo-backed ZUK will launch a new smartphone next week - April 21 to be precise. This was revealed by the Chinese company's CEO Chang Cheng on Weibo (China's Twitter). While he didn't reveal the name of the handset, reports say it'll be the Z2 Pro.

Meanwhile, a new ZUK phone - dubbed Z2121, and alleged to be the Z2 Pro - was spotted on AnTuTu, revealing some of its key specs. The benchmark listing reveals that the device is powered by Snapdragon 820 SoC, and sports a full HD display. 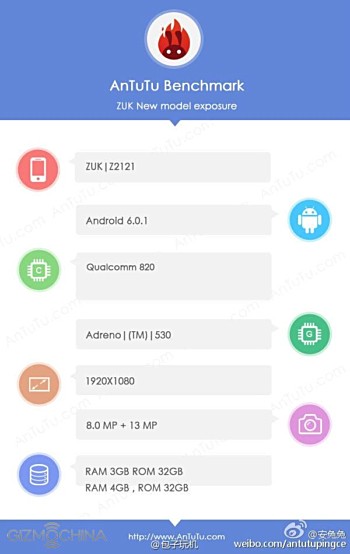 It comes in 3GB as well as 4GB RAM options, while the internal memory is listed as 32GB. The camera department is handled by a 13MP rear unit and an 8MP front shooter. The phone runs Android 6.0.1 out of the box.

If you recall, there have already been rumors about a ZUK Z2 featuring a rotating camera (render shown below). 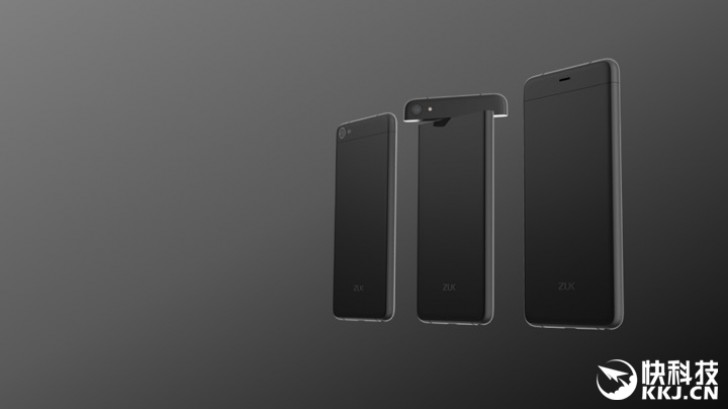 There's currently no information on whether or not the Z2 and Z2 Pro are the same handsets.

since when Garena have english teacher? as usual , i meet teacher in my LOL game room too. could u in ur class dont talk abt phone spec pls? u not even know what is call trend , spec

Please using proper english in your reply. You have your own ideas and stand. But please convey to us in understandable way. btw, you seems like work in retail phone shop guy

hope you dont mind , i reply you before i read the zuk z2 pro spec. as i said , china is can't lose to other marketing , spec chaser market. i dont see any reason 6GB not became standard . its only the point to satisfying us by add more RAM (w...