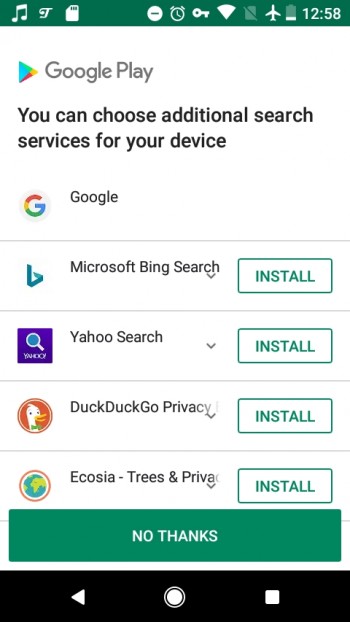 The update was set to hit over those coming weeks and we’re already starting to see the pop-up prompt at least one user to install extra search engines and mobile browsers.

One of the readers over at Android Police has revealed that the change Google announced was already taking effect, albeit not to everyone in Europe just yet, but it should be rolling out over the coming days.

Once you do get the update, a new prompt will show itself once your Google Play Store is updated and will ask you whether you’d like to install any other search engines or browsers outside of Google’s offerings.

There is an order of magnitude of difference (more likely several) between what most businesses collect and what companies like Google do. Google's collection is effectively impossible to avoid, regardless of whether you've ever used any of their se...