SEAT's new Full Link claims to be the first car infotainment system that supports the three major smartphone-to-head unit technologies – Apple Car Play, Android Auto and MirrorLink. The new SEAT Ibiza (launched in May in Barcelona) and the upcoming Alhambra support the new tech, with more cars to come in 2016.

Full Link comes as standard on Connect (SEAT's infotainment system) and is a £385 ($590) addon for SE models and above. It sports a 6.5" touchscreen that supports gesture control (e.g. swipe to call).

Apple Car Play and Android Auto have strict rules about which apps are allowed (to ensure no distractions while driving), but Apple and Google Maps can handle navigation duties, Spotify can substitute radio and so on. MirrorLink has fewer restrictions about allowed apps.

SEAT is also developing DriveApp, which will remind you to check tire pressure, will show the nearest SEAT dealers if something needs fixing and will alert you to traffic jam. The Challenger feature encourages green competition – it gamifies driving efficiently. It can even measure your pulse while you drive (with compatible phones) though that sounds more like a racing feature rather than a green one. 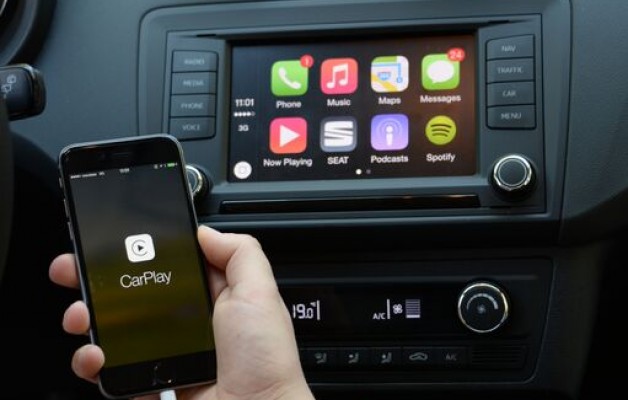 Besides the Ibiza and Alhambra, the Leon and Toledo 2016 models will also support Full Link.

By the way, Volkswagen has announced that its 2016 models will also support the three technologies, SEAT is just the first to make it to the market. And before you ask, Windows Phone does not support MirrorLink. Symbian did, but not Windows Phone.

am using the car honda city last few month it's amazing experience me it's rocking..

The SEAT Leon also has this feature. At least in Romania.