Security updates hit Samsung Galaxy A8 and Galaxy A3

Samsung has started rolling out security updates to a couple of its A series smartphones, including the Galaxy A8 and Galaxy A3. The former (model SM-A800F) is getting the April security patch, with the update bumping the firmware version to A800FXXU1APD1. 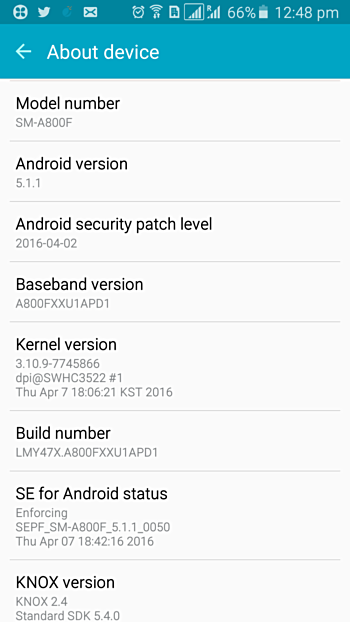 On the other hand, the Galaxy A3 update - which bumps the firmware version to XXU1BPC2 - brings the security patch for the month of March as well as several stability-related improvements. Currently, only unlocked and Vodafone variants in Europe are getting this update.

Unfortunately, none of the updates bring Android Marshmallow. If you haven't received the update notification yet, you can either wait or check for it manually by heading to the Settings menu on your handset.

My A3 seems to have been updated from a 12 hour clock on the reminders calendar to a 24 hr mode, can you confirm this please?

Hopefully next is marshmallow

I did not get security update for my device still