Alleged live photos of an upcoming Sony smartphone for selfie enthusiasts made the rounds online. The device’s settings menu reveals that it is dubbed Xperia Cosmos. 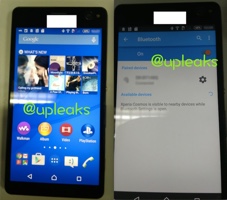 There is no word on the specs of the smartphone for the time being. However, the large front-facing camera with LED flash hints at a potential successor of last year’s Sony Xperia C3 mid-ranger.

Then why the tablet got camera?? Tell me.

Then why the tablet got camera?? Tell me.

Why? Cause your selfie can't even take a look?