Setting up your iPhone

iOS for beginners: Setting up your iPhone

Jailbreaking can unleash a lot of the iPhone hidden potential. It can even turn it into a whole other device that looks and feels like a Windows Phone or, if you're that mischievous, Android.

But jailbreaking your iPhone has its consequences and Apple is doing whatever it can to prevent devs from hacking their software and hardware. They've gone as far as to void your warranty if they catch you red handed.

What essentially is jailbreaking then? What types of jailbreak are there?

Jailbreaking is granting the user full access to the file system and the ability to modify and change various settings, functions and looks of the entire package (read hardware and software combo). There are two types of jailbreak - tethered and untethered.

Tethered means that a jailbroken device will only remain that way until the next reboot, in which case you'll have to "tether" it (hook it up to a computer) again. An untethered jailbreak means that even if you've rebooted your device the jailbreak will stick.

Jailbreaking has been done for many years now and is the main byproduct of Apple being as closed as it is. Many people do it to change the appearance of the OS or to make up for all the software shortcomings it has.

For instance if you want quick toggles for Wi-Fi, Bluetooh, Mobile Data, etc. when you swipe down the notification area like you would have on so many Android smartphones, jailbreaking is the way to go. If you want to change the look of your icons, or use the volume keys to change songs via a long press you can do it through jailbreaking.

It's not the easiest thing to do and there are risks - for instance bricking your device isn't impossible, though not as easy as on Android. And unlike Android jailbreaking isn't so tightly related to boosting performance - that's much harder to do on an iPhone. More often than not jailbreaking will actually slow down the iPhone instead of speeding it up. And there is the issue with downgraded battery performance too as the OS becomes loaded on additional software.

It's also common for jailbroken iPhones to not restore properly, meaning loss of valuable data.

But the benefits are all there. By jailbreaking the iPhone you could turn it into pretty much anything you wish, overriding many (if not all) of the pesky limitations Apple (and some regional carriers) impose on it.

Currently the iPhone 5 remains out of the dev community's reach as Apple has tightened its security more than ever. Also every iOS 6 version released closes all the loopholes that developers exploit so its very hard for the iPhone 5 to be jailbroken.

iOS 6 on the iPhone 4S is almost as hard too. Currently iOS 6 cannot be jailbroken on A5-powered devices, meaning the iPhone 4S, iPad 2 and 3 are a no go.

If you're running your iPhone 4S on iOS 5 then you can gain an untethered jailbreak via a tool dubbed Absinthe. Here's a tutorial for just that.

The iPhone 4 is more privileged due to its A4 chipset. It can be jailbroken untethered on iOS 5 and below and there is a tethered option for iOS 6. Here's another tutorial using Redsn0w to jailbreak A4 devices running iOS 6.

For those of you wanting SBSettings and the likes on your precious new 4" Retina iPhone 5 you'll just have to wait. Sooner or later the developer community will be able to crack Apple's defenses, even if only for a tethered jailbreak.

So to sum up - if you're the tinkerer and not the quiet user then jailbreaking is something worth trying. It's not easy but it will open up all the doors for you to overhaul your tech and turn it into something much more powerful than Apple intended.

But if you'd rather not take the risk and instead are used to just operating your smartphone the way Tim Cook and company have always intended it to be operated, then move along.

We don't think of ourselves as the only ones that know their way around an iPhone but we do have quite a lot of experience with it so hopefully we've found a few things that you weren't aware of so and made this article useful to you. 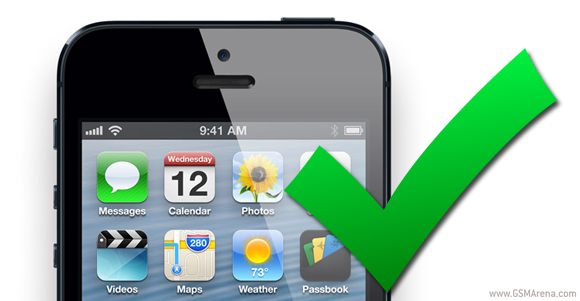 The iPhone is an incredible piece of technology, and there's tons of things you can do with it in addition to what's shown in this guide. We hope that we were able to open some doors, and maybe even open some minds as to what's possible, and urge you to explore and share what you find with us.

Who knows perhaps in a couple of years we'll revisit this article and things will look a lot different, thanks to you.