Sharp is not the first company that comes to mind when you think of smartphone manufacturers. But when as a screen maker, they sure know how to make a bezel-less smartphone. After the Aquos Crystal 2 in 2015, today the Aquos S2 was announced at an event in Beijing. 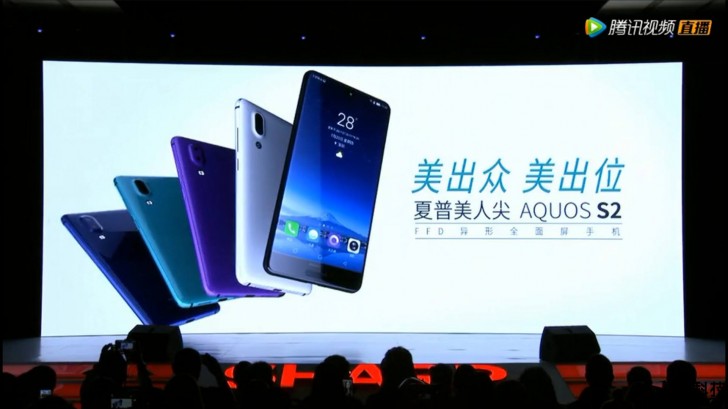 The display is the talking point of the new phone. It is bezel-less on three sides with a slight cutout on the top for the camera. Appearance is a subjective matter, but it looks rather unpleasant and breaks the whole full-screen experience. The diagonal of the screen is 5.5 inches and it has an astound 4K resolution. 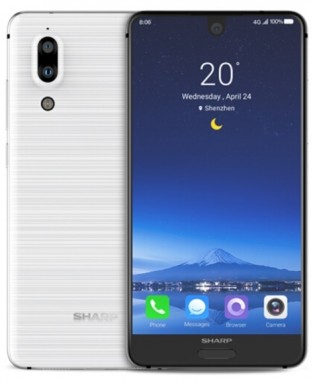 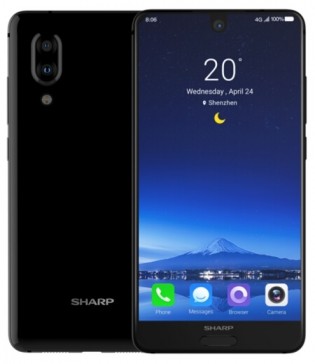 The Sharp Aquos S2 is the first phone with the new chipset Snapdragon 630. The chipset is built on the 14 nm process and has eight Cortex-A53 cores; four clocked at 2.2 GHz and four more at 1.8 GHz. The GPU is Adreno 508 and has X12 LTE modem. It also supports Bluetooth 5, Quick Charge 4 and USB-C 3.1, but it is up to the manufacturer to make them available to the user.

There is also a mightier version with Snapdragon 660. The difference between them is the memory and pricing. The lite version has 4 GB RAM and 64 GB storage while the other option has 6 GB + 128 GB combo.

On the back, a dual camera in a vertical setup is positioned. The sensors are 12 MP and 8 MP, mostly used for background blur. There is also another 8 MP snapper on the front. The Aquos S2 has Android Nougat for an OS.

There's nothing to get you either like it or you don't, personally the cutout doesn't bother me and I think most people will get used to it as other companies start doing the same thing too for better or worse.

"Appearance is a subjective matter, but it looks rather unpleasant and breaks the whole full-screen experience." enough said. The stupidity in that line from the article is so great it even escaped the author - he first said that the appearance is a ...

I just don't like the trend of digging the camera hole in the screen ...xiaomi mix got it perfect ....!