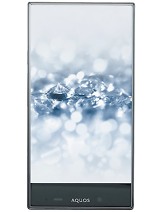 I really hope it's performance is better than it's looks.

Hey, a phone no one asked for! Nice!

MrBrightside, 21 Sep 2016ist available here in Philippines? if yes how much is gonna be?Kumusta :-)

i just purchased. you need to always find or ask someone who has it and used it before going to buy.
nothing beats japan made phones.
www.kyoex.com
i got demo but pristine. Kazuto is who you will be dealing with. let him know vincent who buy this phone suggested.

MrBrightside, 21 Sep 2016ist available here in Philippines? if yes how much is gonna be?no english

ist available here in Philippines? if yes how much is gonna be?

Eat3reat3r, 27 Oct 2015Having the original crystal i can say I'm very disappointed that this is not coming to America... moreFeel your pain.

AnonD-572227, 23 Aug 2016phone looks are best ,need to improve on specs . Increase the battery to 4000mah, ram to 4 gb,... moreLacks Harmon-Kardon sound/Clari-Fi/LiveStage included on original model. If I could get one with this much memory and Lollipop, plus HK sound pkg., sold.

phone looks are best ,need to improve on specs . Increase the battery to 4000mah, ram to 4 gb, camera both front n rear.include radio, mhl tv out, fast charging price it around $250 .

This phone is hard to get.

MasterMinds, 25 May 2015how should i make calls with no speaker? :Dit screen resolution graphic is run by sound waves which is faster then othr softwares making picture smooth ; when you put your on screen sound waves go in your ears ,butit hasnt got high sound , so hear sound anywhereon the screen

the only phone in gsmarena db that support B42

i want to buy this

Adam, 29 May 2015Start selling it in Europe! Great design! What price? How with battery life?I want it!!!

I bought it and I like a lot. Is my first android and I use it as mobile office. You can buy at USA Amazon or web shop of some Japanese shops, only language available are Japanese and English for this amazing phone.
Is not a high grade handsome phone but for job is excellent. The battery is not a great deal but even bit better than the one of iphone 5, at least charges faster.

bezelless but it sacrifies the thickness and battery, so this phone definitely useless :/