Sharp has officially unveiled a tablet dubbed Aquos Pad SHT22 and a smartphone named Aquos mini SHL24. Both devices are equipped with IGZO displays, which are more power efficient than the regular TFT LCD panels.

Sharp's newest additions have a very thin bezel on three of their edges and the company calls it EDGEST design. Better still, both devices have an IP 57 certification testifying of water resistance up to 1 meter for 30 minutes.

Sharp's latest smartphone comes out of the box with a 4.5-inch IZO display with a resolution of 1920 x 1080 pixels. The device is powered by a Snapdragon 800 processor along with 2 GB of RAM and features a 13 megapixel rear camera with f/1.9 aperture. 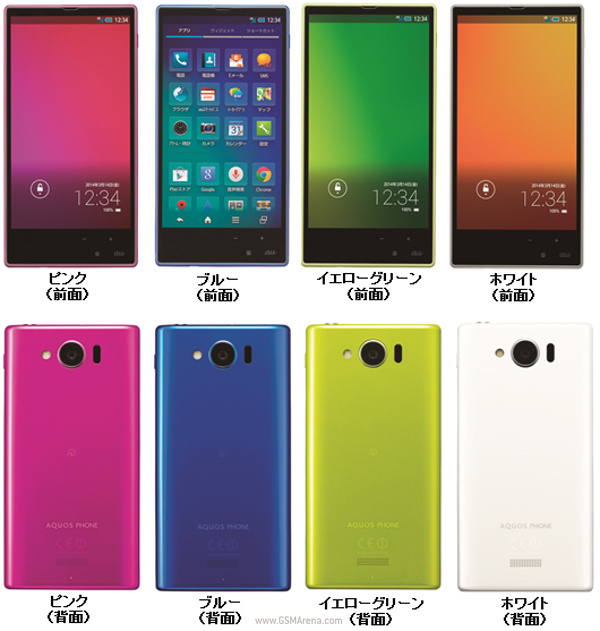 Aquos mini has 16 GB of internal memory and has Android 4.2 Jelly Bean on-board. Lastly, the juice for the smartphone is provided by a 2,120mAh battery. The smartphone measures 63 x 124 x 9.9mm and weighs only 115 grams.

The Aquos Pad SHT22 sports a 7-inch IGZO display with a resolution of 1920 x 1200 pixels. The slate features a Snapdragon 800 processor with four Krait 400 CPU cores clocked at 2.3 GHz, 2 GB of RAM 13 megapixel rear camera, 2 megapixel front shooter and 16 GB of internal storage with the ability to expand memory via microSD slot. 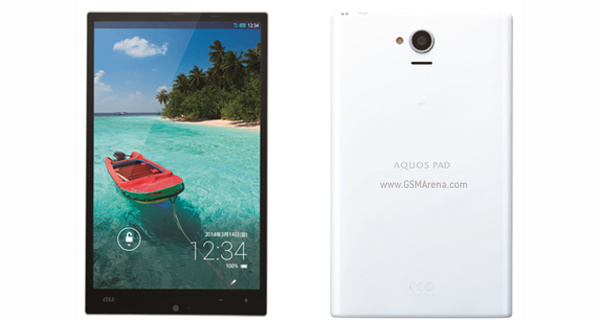 The rear camera of the slate has a "Bright lens" with an f/1.9 aperture, BrightEye image processor and NightCatch feature that allows you to capture quality images in low light conditions. Aquos Pad measures 104 x 173 x 9.9 and weighs about 263 grams. The slate runs on Android 4.2 Jelly Bean and packs a 4,080mAh battery.

Unfortunately, there are no details about the pricing and the availability of either device, but we know that the Aquos mini will be available in pink, blue, yellow green and white.

so, they trimmed the left, right and top bezels to zero...why not the bottom one...more space in the bottom...if the front face has filled with display leavening no space for physical key/camera, it will be the sexiest phone

how can I buy this sharp mobile from Japan?? please respond as soon as possible. thanks Naggar

please sharp release in all city in the same time, not be nationalist, racist and ignorant